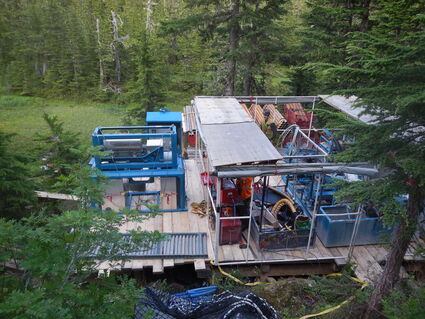 Hecla Mining Company's Greens Creek Mine in Southeast Alaska has enough reserves to keep the high-grade underground silver mine in operation until 2030.

This marks the highest silver reserves for Greens Creek since Hecla bought full ownership of the underground mine in 2008.

An updated NI 43-101 technical report completed this year for Greens Creek details an optimized mine plan that accelerates access to higher-grade ore, which will allow some of the highest-margin reserves to be extracted in the earlier years of the mine plan, which is now estimated to extend out to 2030.

What is equally as impressive is the property hosts roughly as much material in resources, which can potentially be elevated to reserves and further extend the life of the mine.

This is a 66.1 million oz (211 percent) jump in the amount of silver and 467,700 oz (181 percent) rise in the amount of gold reporting to measured and indicated resources since the beginning of 2018. This rise comes from bringing the West, Southwest, 9A, and 200 South zones into the measured and indicated resources category – partially offset by losses from elevating resources in the Gallagher and East zones to reserves.

Hecla's 2019 exploration at Greens Creek continues to focus on expanding and upgrading resources.

"At Greens Creek we could see reserve increases again this year as the resources are upgraded," said Hecla Mining President and CEO Phillips Baker, Jr.

Toward this objective, definition drilling during 2019 is targeting the East Ore, NWW, 9A and 200 South zones.

Exploration drilling this year is testing extensions of 200 South Zone and the Deep Southwest.

Four core holes were drilled in 2011 tested the depth extensions of the surface trenching.

While Hecla has not published results from its 2018 drilling at Kinskuch, the Idaho-based miner said the high-grade zones identified in the Illiance Valley appear to have continuity and may represent two parallel mineralized structures or two limbs of a folded body. A preliminary resource model is being prepared for Kinskuch.