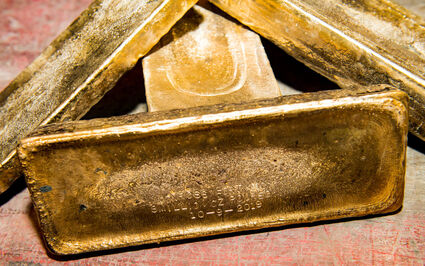 When Curt Freeman penned his first Alaska mining summary, the first gold was being produced at the Fort Knox Mine. In October, the 8 millionth ounce of gold was poured at this Fairbanks-area operation.

In November 1996, a little over 23 years ago, I began writing quarterly mining news summaries for the Society of Economic Geologists (SEG). Shortly after that, I began writing monthly summaries for this publication's ancestor, Mining News Alaska, and have continued both monthly, quarterly and annual mining news summaries ever since. With this summary, I have written my last Alaska update for North of 60 Mining News.

When I wrote my first summary, Greens Creek was milling only 1,200 tons of ore per day versus 2,300 tons per day today. Fort Knox had just produced its first gold bar while it recently blew by its 8 millionth ounce poured and Alaska's total gold resources in all categories stood at about 28 million ounces versus current gold resources in excess of 235 million ounces. Clearly, a lot of rock has passed through the crusher in the last 23 years!

During that same period, Alaska, along with the rest of the mining industry, experienced three separate economic downturns and is in the midst of its third economic up-turn (we hope!).

With my planned retirement in early 2020, it is time to move along and let the next generation of explorers and miners take the reins. I would like to thank both the current and past editors of North of 60 Mining News and all of the readers of these ruminations for the comments, corrections and hidings you have given me over the years. I very much enjoyed the opportunity to gas-on about the mining industry and am looking forward to reading about Alaska's mining industry in the future.

Resolution Minerals Ltd. (formerly Northern Cobalt Ltd.), announced that it had completed its due diligence and exercised its option to enter a joint venture with Millrock Resources Inc. on the Goodpaster gold project in the Goodpaster District. Under terms of the agreement, Resolution can earn a 60 percent interest in the entire project by spending US$5 million per year for four years on exploration, with an additional payment of US$50,000/year and issuing 38 shares of their stock in tranches to Millrock. Resolution can earn 80 percent on a nominated "best block" by loan carrying Millrock to first production. Initial efforts by the company include merging historical data sets, paying annual claim rentals, obtain drill permits and constructing a road to the Aurora targets on the West Pogo claim block, allowing for all-year vehicle access and equipping a water well to allow year-around drilling activities with the first drilling at the Aurora targets planned for early 2020. The company also completed an extreme low frequency electromagnetic (ELF-EM) geophysical survey that confirms drill targets at Aurora; recovered drill core from ER and E1, two outlying prospects at West Pogo; completed relogging and assaying of poorly sampled historic drilling intervals; and determined drill collar locations for the Aurora and Echo targets.

Tectonic Metals Inc. announced additional results from its exploration efforts at the Northway project, optioned from Doyon Ltd. The 2019 rotary air blast (RAB) drill program consisted of 856 meters of drilling in eight shallow drill holes. Drilling tested two previously undrilled, greater than 1,000-meter-long soil geochemical anomalies including a copper-molybdenum-gold anomaly at Target 6 and gold-copper anomaly at Target 7. Both targets were identified by previous top of bedrock soil sampling conducted by Doyon in 2015 and by Tectonic in 2018 and 2019. Both targets also individually host large, greater than 2,000- by 5,000-meter magnetic anomalies with coincident induced polarization (IP) chargeability anomalies. All eight drill holes intersected anomalous gold. A total of 277.37 meters drilled in two RAB holes at Target 6 yielded a molybdenum intersection of 52 parts per million over 86.87 meters in hole NWYRB19-008. Anomalous molybdenum associated with intensely clay-altered intrusive rocks provides encouraging evidence for an intrusive-related mineralizing system. A total of 579.12 meters drilled in six RAB holes at Target 7 yielded multiple polymetallic gold-silver-copper-lead-zinc-molybdenum mineralization, including 0.60 grams of gold per metric ton over 10 meters in NWRB19-005, with the hole ending in mineralization. In addition, minor gold-arsenic mineralization was intersected in the southern portion of the target. Additional exploration is warranted on the prospects.

Nova Minerals Ltd. announced 2020 drilling plans at its Estelle project. The initial 2020 focus will be to attempt to add additional ounces to the current resource at Targets A and B of the Korbel deposit and to elevate the resource from inferred to measured and indicated, which will allow the Korbel deposit to move into pre-feasibility level. Further exploration activities will be focused on advancing the RPM prospect to resource drilling level and completing first pass diamond drilling on chargeability anomalies at targets C and D defined during the 2019 summer field campaign. First phase will be on Korbel Targets A and B to test the depth extent of induced polarization chargeability anomalies that extend to at least 300 meters depth and remains open. The plan is to drill 18,500 meters in both resource blocks with individual drill holes reaching up to 500 meters depth. A total of 1,100 meters of drilling is planned for Korbel blocks C and D with an additional 3,000 meters of drilling planned for the RPM prospect.

Trilogy Metals Inc. announced that South32 Ltd. has exercised its option to acquire a 50 percent interest in a joint venture that will own the Upper Kobuk Mineral Projects (UKMP), a business relationship owned and controlled by Trilogy and NANA Regional Corporation Inc. Trilogy Metals will contribute all of its assets associated with UKMP and South32 will contribute US$145 million to the joint venture. Following formation, the JV will retain US$87.5 million of the subscription payment to fund its activities and exploration programs with the balance of US$57.5 million loaned back to South32. The loan will be repaid in instalments, on notice by the JV as required to advance development studies, resource drilling and regional exploration programs. The joint venture footprint includes both the Arctic volcanogenic massive sulfide deposit and the Bornite carbonate-hosted copper-cobalt deposit as well as numerous other early stage projects within the 100- (more than 60 miles) kilometer long Ambler Mining District in Northwest Alaska. South32 expects to release mineral resource estimates for Arctic and Bornite in the first quarter 2020 that are compliant with Australian Joint Ore Reserves Committee (JORC) code, the Australasian standard for the reporting of exploration results, mineral resources and ore reserves. 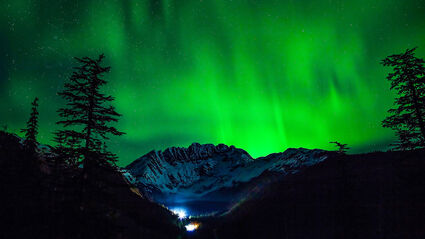 Coeur Mining Inc. reported exploration results from its Kensington Mine where expansion drilling discovered multiple new high-grade intercepts at the Elmira, Eureka and Johnson prospects, all located near existing infrastructure. Three underground core rigs were active during the year and completed approximately 123,000 feet (37,490 meters) of drilling through the end of November, 70 percent of which was directed toward resource expansions. Significant results at Elmira include 3.7 feet of 4.4 ounces of gold per short ton, while assays at Eureka returned 15.4 feet grading 0.34 oz/t gold. The first hole drilled at Johnson returned 2.5 feet grading 2.12 oz/t gold. Significant results at Jualin include hole JU19-0185-315-X01, which returned 8.8 feet of 0.47 oz/t gold, 1.2 feet of 1.07 oz/t gold and one foot of 1.18 oz/t gold. First-ever drilling from surface on the Comet and Seward zones included hole C19-X007, which returned 4.1 feet of 0.36 oz/t gold; and hole C19-X001, which returned two feet of 5.55 oz/t gold. The company indicated that top priorities for 2020 will include drilling Elmira, Eureka, Johnson, Raven and Seward, and continuing the infill programs at the upper portion of Zone 30 and Jualin.

Many thanks to Curt for 23 years of keeping us informed. You'll be missed, but congratulations on your retirement!