Opposition to Alaska mining is shameful 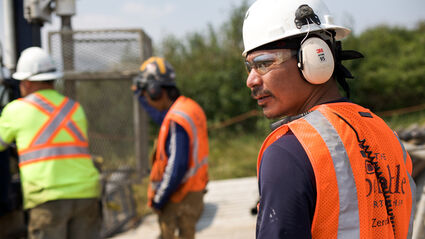 Many local residents worked at Pebble during exploration and this world-class copper-gold project is expected to provide additional economic benefits to the region, as well as Alaska as a whole, once it is developed into a mine.

This author, in this column and elsewhere, has often taken the position that Alaska, especially in remote locations, is the safest, most environmentally-sound and worker-friendly mining location in the world. Alaska is endowed with world-class resources from one end of the state to the other. The associated jobs are well paid, and the industry is stable.

Notwithstanding the view that some have of heavy industry as an eyesore, the remoteness of most operations puts them beyond the viewshed of the bulk of the population. Even mines in population centers are barely visible, if at all. Alaska's mines are safe, often going for years without time lost injuries. Mining-associated deaths and disabilities are rare. Pollution of the ambient air and water is virtually non-existent. Mine-workers are universally good citizens and their families are often pillars of the community.

Alaska's mines provide critical base and precious metals to the world including zinc, copper, and lead as well as silver and gold. Alaska has the potential of producing substantially more of these commodities over time as the Pebble, Donlin and Palmer projects come online.

Nonetheless, critics of mining often weigh in, sometimes with metaphors of the Soapy Smith era that are circulated solely for the purpose of stirring up local opposition to well-modelled projects. Likewise, meretricious fearmongering about impacts on fisheries or subsistence is commonly circulated, despite a total lack of justification.

Although the highly regarded Fraser Institute's annual report rates Alaska as an excellent place to mine, investors are often deterred from committing the vast sums associated with mine development due to the permitting delays and sometimes endless litigation that may be expected. Major mining companies are frequently confronted with the alternative of risking funds in a high cost but stable political environment or in a lower cost, third world location.

Because economic considerations vary from nation to nation, all too often the selection of where to mine may be dictated by the ability of an operator to externalize the social cost of a project.

While in the United States in general and Alaska in particular require that the cost of production includes paying for the health and safety of workers and the protection of the environment, elsewhere the workers are often underpaid and under protected and the adjacent air, land and water may wind up scarred and polluted.

Never has that distinction been made quite so clear as in the case of a Dec. 29, 2019 article in the Washington Post entitled "Chinese metal mines feed the global demand for gadgets. They're also poisoning China's poorest regions." This article documents how in some areas China is producing significant amounts of lead, zinc, copper and aluminum to satisfy the demand for the components of smartphones, electric motors and jet airframes, with little regard for the disposition of the associated toxic waste.

The article reports on low wages, impoundment breaches, agricultural failures and soil contamination as well as individuals who have experienced deformities and other signs of heavy metal poisoning resulting from ineffective or non-existent government regulation. The people in one impacted area are described as "at war" with a local mining company.

Alaskans who elect to oppose mining need to look beyond the end of their noses when they form up like musk oxen in opposition to specific projects in the state. The 21st century world depends on mined commodities to support our contemporary lifestyle. Virtually everything we touch had its origin in a mine, sometimes dozens of mines from around the world. We cannot turn a blind eye to the negative impact that these mines often have on the local communities and workers. What we can do, however, is demand that the mine operations take appropriate care of their workers and be healthy, safe and environmentally acceptable. That can be done through the considered use of market forces.

Alaska is a resource rich state. The demand for Alaska's commodities is endless. Every pound of copper or lead or zinc that is introduced into the world market from Alaska offsets a similar quantity from a country that does not adhere to our commitment to internalizing the social costs of production. As a matter of public policy, the demand to our legislators should be that all mining across the globe meet the same minimum standards that are required of our domestic mines.

While mineral deposits are where you find them, the development of those resources needs to be consistent with rational policies. In a word, mining companies generally should have no problem operating in compliance with reasonable standards on a level playing field; however, it is shameful for us, nationally or locally, to foster policies which export the social cost of mining to China or the Third World.