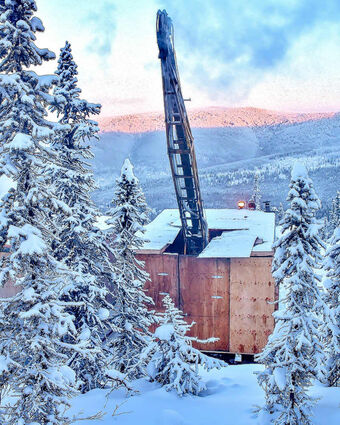 Even when temperatures dip to 40 degrees below zero, drills continue to test Golden Summit targets, thanks in large part to the project's highway access about 25 miles north of Fairbanks, Alaska.

Freegold Ventures Ltd. struck gold in Alaska, both literally and figuratively, during 2020.

While it is no surprise that the Vancouver, British Columbia-based mineral explorer tapped gold at Golden Summit – the company had already outlined nearly 3 million ounces of precious metal on the property bordering Kinross Gold Corp.'s Fort Knox Mine – the bonanza grades encountered in the first hole of the 2020 season reminded investors of the project's high-grade roots.

With grades reminiscent of the ore feeding the mill and heap leach facility at the neighboring Fort Knox Mine, this deposit holds promise for future bulk tonnage mining.

Freegold, however, was thinking more along the lines of the ounces per ton historically mined from Golden Summit when it formulated plans for 2020 exploration.

A winter drill program that got underway in early March tested Freegold's theory that higher grade gold mineralization extends west from the historic Cleary Hill Mine, which produced 281,000 ounces of gold from ore averaging 1.3 oz per ton before the operation was shuttered during World War II.

The bottom 20 meters of this hole averaged 9.87 g/t gold, indicating that some of the highest-grade gold encountered in this hole drilled nearly 600 meters southwest of Cleary Hill Mine extends to depth.

Freegold was about 165 meters down the second 2020 hole targeting the Cleary Hill veins when drills were idled down due to the onset of the COVID-19 pandemic.

The 1.5 holes drilled in March, however, was enough to spark the imagination of investors who bought up C$34.5 million of Freegold shares in July. The biggest buyer, Eric Sprott, bought C$20 million of the shares, increasing his interest in the company to 32%.

With its treasury full, Freegold continued to test its postulate that the Cleary vein system extends west toward the Dolphin intrusive, which hosts a bulk tonnage resource at Golden Summit.

The summer drilling picked up where the COVID-interrupted winter program left off.

Freegold says determining the orientation of the higher-grade zone tapped requires considerable additional drilling. Toward this goal, by late November, the company had three drills turning at Golden Summit.

The expanded program is also expected to test other areas of historical high-grade mining from early in the 20th century.

After taking a break just before Christmas, the drilling at Golden Summit is slated to get back underway in early February and continue throughout the year.

While the bonanza gold tapped at Golden Summit captured investors' attention, Freegold's Shorty Creek property about 75 miles northwest of Fairbanks had already attracted the interest of South32 and entered into an option agreement with Freegold to acquire 70% interest in Shorty Creek for US$30 million, less any money the Australia-based major invests in exploring the copper-gold-silver-tungsten targets identified across the property.

To keep the option in good standing, South32 agreed to fund up to US$10 million on exploration over a four-year span beginning in 2019.

The Australia-based miner invested roughly US$2.3 million for the 2019 exploration program at Shorty Creek, which included a five-hole drill program; induced polarization and magnetic surveys; and geochemical sampling. 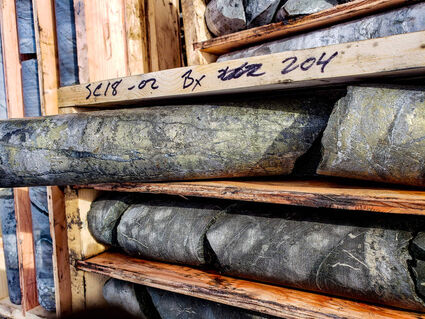 The 2020 program at Shorty Creek was severally restricted due to the COVID-19 pandemic.