Do we want a constitutional convention?

In his inimitable wisdom, Mark Twain ostensibly observed that "Although history does not repeat itself, but it often rhymes." North of 60 Mining News – October 29, 2021 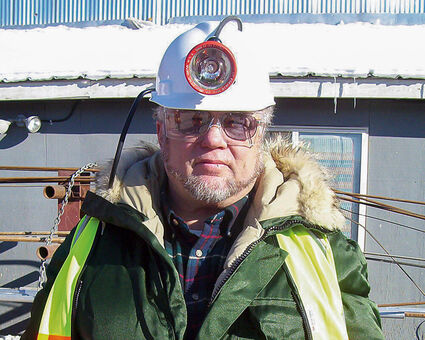 Decennially, the question of whether Alaska shall have a constitutional convention must appear on the ballot. Alaskans have voted on this issue five times since 1972 and defeated it soundly each time. The question will be on the ballot again in 2022, so it is timely for the voters (and potential voters) to give the matter some thought.

As with most matters political, the best place to begin any discussion is to comprehend the context in which the question arises. An outstanding first step is "Alaska's Constitution, A Citizen's Guide" (Fifth Edition), by Gordon Harrison, originally commissioned by the Alaska Legislative Affairs Agency. Although this book is commercially available, logically, it should be freely available to everyone through the Legislative Information Office because of its current importance to the electorate.

The primary reason for voters to do their homework now is because, if enacting legislation is a messy process, rebuilding our constitution would be a dog's breakfast.

One of the most wonderful things about Alaska is the fact that so many of the people who made Alaska what it is today are still around. That won't always be the case, but for now, conscientious Alaskans still have the opportunity to pick the brains of a few survivors who witnessed the struggle for Statehood, the drafting of the original constitution, and the adoption of the Statehood Act.

I doubt that anyone would argue that our constitution, as first adopted, was perfect in every way. It has actually been amended over twenty-five times, but the tenacious heroes who put their heart and soul into the creation of the original document are entitled to our respect and eternal gratitude.

Of concern about a constitutional convention, of course, must be the fact that everything is on the table; and, subject to the procedural rules that would have to be adopted to govern such a convention, almost nothing in the constitution is sacred.

The primary parameters of a new constitution would be the United States Constitution, especially the 14th Amendment, which has been used as a whipsaw by the federal courts incessantly over the past two score years, and the Alaska Statehood Act.

Whether we like it or not, we formally surrendered our sovereignty to the United States when we ratified the Alaska Statehood Act (not to imply that as a territory we had any sovereignty even then).

But assuming such things as equal protection under the law and the right to alienate our mineral resources were not at issue, there still is a large quantum of mischief that could be attempted by advocates of specific causes at a constitutional convention.

The political process is usually driven by coalitions. I generally count three coalitions on every matter: those who are keen to assert a change, i.e., "progressives"; those who are opposed to change as a matter of principle, i.e., "conservatives"; and those who really don't give a damn, i.e., the "majority."

Progressives characteristically are those who can yell the loudest. They are successful because they know how to count. Without the "appearance" of support, they are doomed to inefficacy. Conservatives typically sit quietly in the corner and vote "no" unless some issue or another happens to be driven by a constituent (read lobbyist). Like sheep, the couldn't-care-less majority, is relegated to going along just to get along.

For those of you who aren't following along, Article VIII deals with Natural Resources, and Section 11 of Article VIII addresses mineral rights.

The Section 11 mandates that "discovery [of] Natural Resources and appropriation shall initiate a right, subject to further requirements of law, to patent of mineral lands if authorized by the State and not prohibited by Congress." The Alaska Supreme Court, however, upheld a challenge to that provision finding that the Statehood Act actually limited mining claims to being essentially leaseholds, Trustees for Alaska v. State, 736 P.2d 324 (1987), and the U.S. Supreme Court refused to hear an appeal by the State.

That ruling vitiated the ability of Alaska miners to get title to the mineral estate on State land. Given that precedent, it takes very little imagination to infer what damage a constitutional convention could do to the entire resource development industry if afforded the opportunity.

The foregoing is not to suggest that changes to the constitution are unwarranted. Of course, they are needed from time-to-time. However, each such amendment should stand or fall on its individual merit and not be a bargaining tool in a compromise potpourri advanced by a majority of a caucus of the proponents for change.