Is it time to press the reset button?

One thing is crystal clear: conducting "business as usual" in the mining industry is not going to work in the short or long term North of 60 Mining News – July 1, 2022 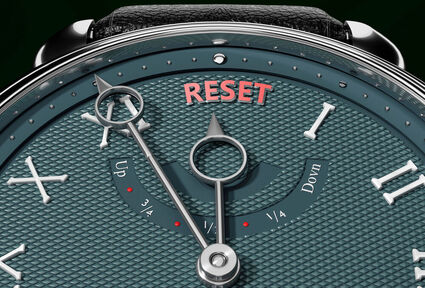 Is it time to reset the mineral exploration and mining framework that has changed little in the last 40 years?

I know, I know, I promised to shut up and go away a long time ago. But I lied, so sue me! Just be glad I didn't title this ramble "Is it time for Format-C?" after all, most of the young-uns would have to Google that term to see what in tarnation it meant! And even then, many would ask "what is a hard drive?" But I digress, which by the way, has a Latin derivation that means "step away," which I supposedly did some time ago (see above). Ironic, eh? But I am digressing about digress.

A colleague of mine recently sent me an article by Jeffrey Tucker of The Epochal Times that was entitled "The American Tipping Point." This article discussed scientific, political and economic thought processes that are on the brink of major changes brought about by mounting hard data that is challenging the current orthodoxy or status quo in those fields.

Mr. Tucker draws on American physicist and philosopher Thomas Kuhn's theories on pre-paradigmatic shifts in thinking, that period just before today's orthodoxy is overthrown by what previously was thought of as heresy. I know, petty deep stuff for a rock-jock, but before you run for the Extratuffs, hear me out.

Having the luxury to watch the local, national and international mining industry struggle through the last three years, it has become more and more apparent to me that the mining industry is at one of those pre-paradigmatic tipping points in history.

A great many of the industry's long-used standard operating procedures not only do not work well anymore, but sometimes they actually work against the user. These seismic shifts are taking place while the world embraces green technology in a way that environmental crusaders of the 1970s could only have imagined in a purple haze. And therein lies the rub: everyone seems to acknowledge that near and long-term future demand for metals of all kinds is rapidly increasing, yet the framework around which mineral exploration, development and production occur has changed little in the last 40 years, subsequently becoming less efficient over time.

An example or two of what I mean will help illustrate the challenges we are facing as an industry and what appears to be changes in the industry's tactical approach to those challenges.

How long does it take the average exploration company to get geochemical results from their field programs? I know, this is an extremely painful question to ask these days. But if you had asked that question in any year up through 2019, the answer would have been about 2-3 weeks. Ask it any time after 2019, and the answer became 6-12 months. Wait, what?! While most people on the planet have never heard of this issue, it has plagued the mining industry worldwide since early 2020.

This is a classic case of chaos theory, the idea that everything that happens now is an accumulation of everything that has come before it. In this case, the COVID pandemic, quantitative easing, supply chain disruptions and dramatic shifts in the labor pool came together to torpedo the geochemical assay service sector; its effects were nearly instantaneous.

Instead of using geochemical results from a June drilling program in Alaska to guide what is done in the next few months and help formulate next year's work program and budget, the industry is now waiting half a year or more to get results. And this means working geochemically blind for the entire Alaskan field season. But it also means that analyzing field results and settling on budgets were drastically delayed until early in the next year.

As if these challenges were not enough, the assay lab turnaround delays of 2020 and 2021 have turned into a perfect chaos storm in 2022.

Because they had no geochemistry, some companies, both large and small, could not evaluate how their 2021 exploration programs did for many months after the season ended. That meant they could not finalize budgets based on 2021 results until March-April of 2022. And by then, inflation had roared onto the scene, interest rate hikes came out of retirement, post-pandemic supply chain issues became even more tangled, and stock markets worldwide crashed from record highs reached in early 2021 to progressively more bearish outlooks for 2022 and beyond.

Not surprisingly, the money supply for exploration rapidly dried up, whether you were trying to raise money for field work from mine cash flow or from venture capital markets. But demand for just about every metal in the periodic table continued to rise, as did metal prices and the cost of just about everything else on the planet.

Sure, we can blame the geochemical mess on COVID and quantitative easing, Putin, Biden or Reagan, CDC, WHO, WTO or aliens from planet X, but what are we doing to fix the problem, to push the reset button? And no, Dorothy, whining about it does not count as "doing something."

One direct response to the problem is advancements in photon assaying, a quantitative assay methodology that was invented in Australia and which went commercial with little notice in 2016. But in recent years, its popularity has skyrocketed.

The method uses high-power x-rays to detect minute metal quantities. The process is fast and non-destructive, reducing lab assay times to minutes per sample. Photon assaying is being increasingly applied around the world, including here in Alaska, to reduce the time it takes to receive geochemical results and react to them. Will it usher in a new age of geochemical procedures? Time will tell.

Another example of where a reset button is being pushed is at the mine production end of the sector, where corporate environmental-social-governance (ESG) policies are being scrutinized and challenged by stockholders.

In a case of the tail wagging the dog, I know of at least two mine operations in the U.S. that have been told by their largest investors that their mines must lower their carbon footprint or risk having these influential investors sell off their multi-million-dollar stock positions.

These mines obtain electrical power from commercial utilities that generate the grid power largely by coal, oil or natural gas. Those fossil fuels contribute to the mine's carbon footprint, which shareholders have said they want reduced.

This in turn has prompted these mine operations to push local electrical providers to generate a larger and larger percentage of their electrical power from renewables such as hydro, solar and wind or other zero-carbon systems, such as geothermal or nuclear.

In this case, the reset button pushed by stockholders will ultimately see power utilities investing larger and larger amounts in low carbon or zero-carbon sources to service their largest users. This process is certainly good for the environment, probably good for the shareholders, possibly good, bad or both for the mine and possibly bad for the average residential electrical user sucking power from the same grid. Again, time will tell whether this reset will become part of the new orthodoxy. 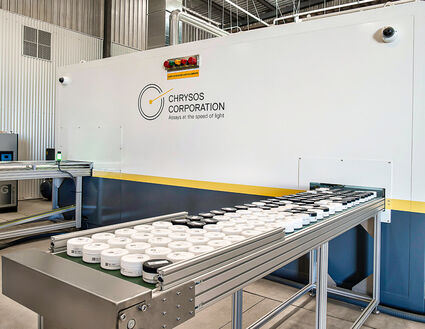 With the slogan "assays at the speed of light," Chrysos' PhotonAssay machine may serve as part of the solution to the extremely long assay lab turnaround times suffered by the mining sector since 2020.

Circling back to the reset question, I can think of a dozen other areas where mines or projects have pushed the reset button on the corporate or project scale, but we are all aware of instances where resets are needed.

One thing is clear though: conducting "business as usual" in the mining industry is not going to work in the short or long term. With raw material demand increasing daily across the globe and discovery-to-production times approaching 20 years (not counting the apparently inevitable pre-production lawsuits), we are at a pre-paradigmatic tipping point where dramatic changes will occur soon, whether we like it or not.

Initiating those changes ourselves will serve the industry and society far better than stonewalling or caterwauling.