For the mining industry, it is important to consider the fourth-dimensional risks wrought by the relentless march of time North of 60 Mining News – August 5, 2022 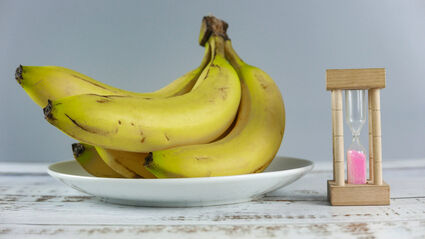 Noted Alaskan prospector Rudy Vetter once told me, "At my age, I don't even buy green bananas anymore." I heard this sage remark during a mineral property lease negotiation after I offered Mr. Vetter a production royalty, rather than the cold, hard cash he wanted.

Mr. Vetter was in his 80s at the time and clearly knew his own investment risk timeline. He also clearly knew that Alaskan mines require a number of years to move from discovery to production. So not surprisingly, as far as Rudy was concerned, the production royalty idea was D.O.A.

But I have never forgotten the often dramatic effect the passage of time can have on a mineral deposit and those who explore, develop and mine them.

In thinking about the role time plays in the mining industry, I realized that we initially think of mining as a three-dimensional process, where surface and subsurface parameters influence discovery, development and operation of an open pit or underground ore deposit.

We seldom consciously consider the fourth dimension – time. But how often have you heard statements like this (you can fill in the blank): "An ore deposit's ___________ varies over time."

Some obvious things come to mind: metal prices vary over time, as does a mine's workforce, its social license to operate, its profitability, its costs of goods and services, its ore grades, its ground conditions, its regulatory regime, its royalty structure, its political arena, etc., etc.

This suggests that we actually are considering time risk, perhaps more than we realize.

To be sure, some time-related risks can be predicted and managed ahead of time, such as next quarter's grade-tonnage estimates, or the near future's ground conditions. However, the seismic political, social and economic upheavals that have resulted from the COVID-19 pandemic and its disruptive labor and supply-chain aftermath have shown us that not all temporal risks are predictable.

As we have seen in the last few years, some occur so rapidly that it is simply not possible to put out the fire before the house burns down.

Not a very comforting thought in an industry where the timeline to commercial production takes 15 or more years, one of the longest gestation periods of any industry on the planet. And don't forget, achieving commercial production is not a guarantee of profitability; it only trades pre-production risks for different, but equally fickle operational risks.

But dealing with risks is not something new for the mining industry. In fact, over the last 25 years, risk analysis, and follow-on risk management, have taken on increasingly prominent places in the decision-making process within the mineral exploration, development and mining sectors.

Since risks vary year to year, companies like EY (formerly Ernst & Young) have taken to publishing peer-generated annual risk assessments for the mining industry. Some risks are related to environmental, social and corporate governance (ESG) matters that can occur at the local, regional, national or international level.

Not surprisingly, many of the above risks are linked to, or influenced by, each other and often occur simultaneously, creating a bewildering matrix of possible risks through which individuals and companies must navigate on the path to production.

However, time as a stand-alone risk is not one of the things that shows up in these risk analysis profiles, perhaps because it is considered to be part of all of the other risks that must be considered. Or maybe it's because trying to look into the crystal ball for long-term forecasting has been such a dismal failure.

If you want to see to what lengths our world has gone to go to predict the future, search for "Astrology & Gold Price" on your web browser sometime and see what kind of insanity you get!

My point in the above is simple: never forget that time marches on, or that for the mining industry, as with all things, changes wrought by the march of time can sometimes be helpful, sometimes harmful.

Sadly, once time has passed, there is no redo or undo command that will allow us to get that time back, so use time wisely and to the fullest extent possible. After all, we are just avoiding reality if we try to ignore the fourth dimension. And as author Ayn Rand once said, "You can avoid reality, but you cannot avoid the consequences of avoiding reality."