Ukraine comprises a lot of natural resources that are worth developing, but the U.S. blockades our domestic resources North of 60 Mining News – September 2, 2022 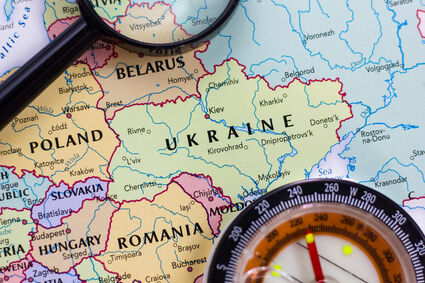 Ukraine has more than 20,000 known deposits of 200 different types of minerals, 94 of which are of industrial importance.

Being cynical by nature, and having a solid distrust of the integrity of the popular press, it crosses my mind that the political determination of the United States and its NATO allies to dump our sacred treasure, if not our blood, into the defense of Ukraine precipitates a serious question: Why?

When all else fails, I tend to fall back on the wisdom of the ages as generally manifested by bumper sticker memes like "follow the money."

In the case of Ukraine (not unlike Alaska), there is a bevy of natural resources compacted into its 233,000 square miles (about twice the size of Nevada) tucked in along the north coast of the Black Sea.

According to its website, Ukraine has more than 20,000 known deposits of 200 different types of minerals, 94 of which are of industrial importance, including iron, manganese, titanium-zirconium ores and non-metallic raw materials such as coal, oil and natural gas, native sulfur, rock and potassium salts, building stone and mineral water.

When it comes to hydrocarbon resources, the total coal reserves of Ukraine amount to about 117 billion tons, with an annual production of 100 million tons. Industrial coal has been mined in the Donbas Region since 1795. There are also about 940 million barrels of oil in Ukraine, over a trillion cubic meters of natural gas, 79,483 thousand tons of gas condensate and 3.7 billion tons of oil shale reserves, not to mention more than 2,500 peat deposits (2.2 billion tons).

Ukraine also has one of the largest iron ore reserves in the world, estimated at 27.4 billion tons, and the largest reserves of manganese ores in Europe (about 2.28 billion tons), second only to South Africa.

While no Pebble, the total copper reserves in Ukraine are about 25 million tons, and Ukraine also has the largest reserves of titanium in Europe, as well as 45.6 thousand tons of confirmed uranium reserves, also the largest in Europe.

Ukraine ranks 5th in the world in total mercury reserves after Spain, Algeria, China, and Kyrgyzstan; has 3,200 tons of gold reserves; and more than 1 billion tons of graphite reserves (second place in the world). Ukraine also has large reserves of potash salts and native sulfur, as well as building materials such as limestone, chalk, marl, gypsum, and kaolin, plus large reserves of building stone, including high-quality facing stone. Ukraine is also prospective for various gemstones, including topaz, amber, beryl, opal, amethyst, smoky quartz, rock crystal and jasper.

Last but not least, Ukraine occupies a leading place in Europe in reserves of marketable mineral water resources.

To be fair, the popular press had given lots of coverage to Ukraine's grain and sunflower oil production. To put the whole ball of wax in a nutshell, Ukraine is more than just 'strategic' value to the West; it also has significant fiscal importance.

The mineral value of Ukraine is not lost on Russian President Putin, who is an alumnus of Saint Petersburg Mining University. The irony there is that in 1996, while at SPMU, he defended his doctoral thesis, which allegedly included 15 pages copied from an American textbook, and that possibly he paid somebody to write it for him.

Of course, we all buy into the notion that as President of Russia, Putin wants to recapture the territory that was formerly controlled by the Russian Empire; however, Putin's megalomania may not be entirely driven by fantasies of grandeur.

From the Alaska perspective, while it is true that Ukraine is worthy of our national help, it is also true that many of the resources of Ukraine can also be found in ample supply in Alaska.

One must wonder whether, if the resources of Ukraine are worth the billions upon billions of dollars we are spending there, why can't we relax the regulatory constraints on the development of Alaska's resources just a tad?

Perhaps it is a bridge too far to point out that the European Union can probably get all the oil and gas it wants and needs from Alaska, or to suggest that America's heartland can produce enough grain and sunflower oil to feed a hungry world, replacing those commodities now blockaded in ports on the Black Sea. On the other hand, it must be asked, just what is it that we are fighting for?

Notably, I haven't heard a whimper or a groan in the popular press from the American Environmental Industry about the resources we are expending in the defense of Ukraine. Greenpeace representatives have taken to the streets of Europe to oppose the purchase of oil and gas from Russia, but European dependence on Russia is a transient issue.

Energy demand does not follow politics; it follows profits, and there are plenty of hydrocarbons in the world.

Hypocrisy is in the eye of the beholder.