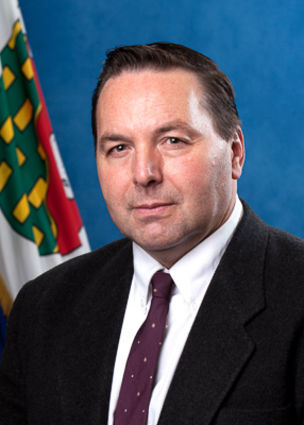 And, much like the seasons, our resource industries are also in a time of transition.

The NWT celebrates 25 years of diamonds this year with the opening of De Beers and Mountain Province’s Gahcho Kué, the world’s largest new diamond mine, which is expected to pour more than C$6 billion into our economy over its lifetime.

Projects also are underway to extend the productivity and mine life of existing diamond mines. Ekati’s Jay Pipe has been approved, as has Diavik A21, a further testament to the successful partnerships built between industry and government over these 25 years.

Our reserves of base metals, rare earths, gold, and diamonds number among the highest in the world. There are many promising exploration projects ongoing around the territory, including diamond exploration at Kennady North and TerraX’s Yellowknife City gold project.

Additional mines are built or proposed, waiting for investment and market conditions to return. These include Canadian Zinc’s Prairie Creek project and Fortune Minerals’ Nico, a project with a huge cache of minerals to power the clean economy of the future.

NWT residents are supportive of mining. A recent public opinion survey shows that around 80 percent of NWT residents feel positively about mining and exploration; a good omen for future projects.

Yet the NWT’s vast 1.3 million square kilometers (336,787 square miles) of land remain relatively unexplored. With hundreds of defined mineral deposits, and a fraction of exploration completed compared with other jurisdictions, its likely many metric tons of minerals remain to be discovered.

There has never been any doubt that we have the potential to build and sustain a strong mineral industry well into the future.

What defines this moment in the NWT mining sector is the actions we are taking to improve our investment landscape and to secure the future of our industry.

Government actions and investments are guided by the NWT Mineral Development Strategy, which outlines our continuing commitment to the mining sector and the many innovative initiatives we are pursuing to position our territory for future investment and growth. It places us ahead of the curve – and in the elite company of some of the most progressive mining jurisdictions in the world.

With localized control of our land and resource regimes now fully secured, the Government of the Northwest Territories has begun work to create a homegrown, leading edge mineral resources act to help modernize and align our regulatory environment with the priorities and realities of today’s Northwest Territories.

To defray the impact of the market transition, junior exploration companies and prospectors can qualify for direct investment from the highly successful Mining Incentive Program, which has already provided more than C$1 million to promising projects since its inception three years ago. TerraX, now a leader in NWT exploration, is a beneficiary of this program.

And, the NWT is a leader in building the strong, defined environment of Aboriginal engagement and participation that exists in its mining sector, working in partnership with Aboriginal governments to share in the decision-making, knowledge and benefits of the resource industries and ultimately building a stronger foundation for the industry.

We’re taking the necessary steps, in this time of reduced activity, to prove our potential, political will and progressive approaches.

Today’s Northwest Territories has what’s needed to advance solid mineral projects: the resource supply to fuel the future of the international economy; the political stability to ensure the security of investment capital; and the support of its governments and people to grow and sustain new projects.

Wally Schumann is minister of Industry, Tourism and Investment for the Government of the Northwest Territories.