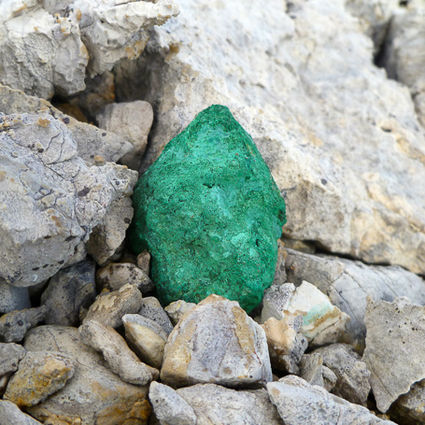 Bright green from its high copper content, this rock shed off the outcropping Storm Copper deposit at the Aston Bay project on Somerset Island, Nunavut.

Aston Bay Holdings Ltd. is in search of Congo-style copper and Polaris-size zinc across its Aston Bay property on Somerset Island, Nunavut. The company has a head start on this goal with the 9,000 meters of historical drilling at Storm Copper and Seal Zinc, outcropping high-grade copper and zinc deposits on the property. Aston Bay, however, believes the fluids that deposited copper and zinc at the two surface deposits mineralized other horizons at depth, leaving the real prizes on its holdings buried and yet to be discovered.

To help identify areas of potential hidden mineralization, Aston Bay had a high-resolution gravity gradiometry survey – a geophysical technique that measures minute differences in the earth's density to yield information on underground geologic structures – flown across the more than 1-million-acre Aston Bay property in 2017.

All three of the primary targets – Storm Copper, Seal and Typhoon Zinc – returned strong gravity responses. This geophysical data is being utilized to target the 3,135-meter drill program carried out in 2018.

Roughly 20 kilometers (12.5 miles) northwest of Storm, the high-grade Seal zinc deposit lies at the base of a small peninsula about 200 meters from tidewater.

Late in 2017, Aston Bay Holdings published an updated resource estimate for Seal based on drilling carried out by Cominco in 1995-96 and Noranda in 2001.

The 2017 geophysical survey turned up several gravity anomalies occurring along trend to the north and south of the Seal deposit. Two of these anomalies in the Seal North area have coincident historical zinc-in-soil anomalies and are targets for ground follow-up and potential drilling. 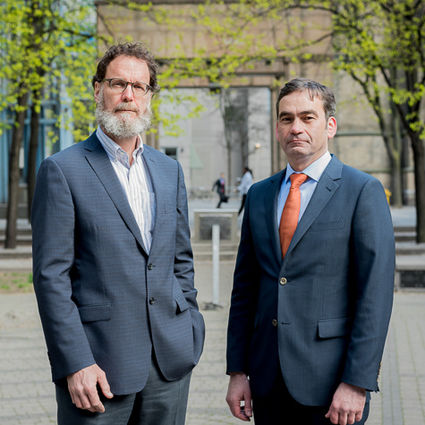 A third target south of Seal is defined by a localized gravity anomaly coincident with the contact between the Allen Bay (which hosts the Seal Zinc deposit) and overlying Cape Storm (which hosts the Storm Copper prospect) formations. This target is also supported by a historical zinc-in-soil anomaly, providing an intriguing target for follow-up drilling. The historical samples at Seal South were not analyzed for copper, Aston Bay has now re-sampled these areas to provide information on the full suite of metals found at this target between Storm and Seal.