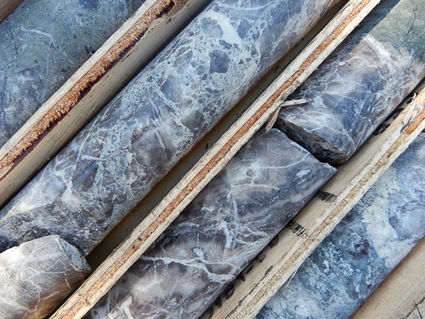 A roughly 25,000-meter drill program carried out by Dolly Varden Silver Corp. in 2018 focused on expanding and defining the deposits of high-grade silver at its Dolly Varden project in northern British Columbia. The deposits identified on this property exhibit both Eskay-like volcanogenic massive sulfide and Brucejack-like epithermal mineralization styles.

In 2015, Dolly Varden published a maiden indicated resource of 3.07 million metric tons averaging 321.6 grams per metric ton (31.8 million ounces) silver in four zones – Dolly Varden, North Star, Torbrit and Wolf. These zones are associated with historical high-grade silver mines that date back to the dawn of the 20th Century.

A prominent mineralized zone, known as the Dolly Varden-Torbrit Horizon (DVTH), extends westward from the past-producing Dolly Varden mine, through the historical underground workings at North Star and into the Torbrit mine, to the east. The DVTH forms an almost continuous sheet of sediment exhalative- (SEDEX) style mineralization.

The Torbrit North and Torbrit East target discoveries are of the same exhalative-style of silver and base metal mineralization found at the Torbit Mine area of DVTH but appears to be parallel to or fault offset from the main horizon.

Located along its namesake fault, the Moose Lamb target discovery is an epithermal vein-style of mineralization similar to the historic Dolly Varden Mine.

In August, Dolly Varden announced the discovery of Bonus Zone northeast of the Moose-Lamb fault and north of the Torbrit Mine.

The company anticipates updating the Dolly Varden resource early in 2019.

In addition to drilling the discovery targets, this year's C$8.9 million program tested expansion areas at the Torbrit and Dolly Varden deposits, which currently host roughly 80 percent of the indicated resource on the Dolly Varden property.