A bigger GAME at the SAM gold property 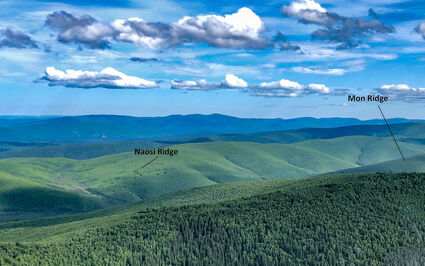 Great American Minerals Exploration Inc. is investing roughly US$10 million on exploration this year at its 55,465-acre SAM gold project about 45 miles west of the Pogo Mine.

Having staked its first claims in at the SAM project area in 1999, GAME, as the privately held exploration company is commonly known, is no stranger to this emerging gold-rich stretch of the Tintina Gold Belt between the Pogo and Fort Knox mines. GAME's previous land position, however, covered only a portion of the district-scale potential of this region.

More than US$22 million of exploration by various mining companies over the past three decades has identified gold occurrences and deposits on separate properties that appear to be part of a larger gold system that spanned boundaries.

To bring these projects together, GAME negotiated deals to reassemble the original Uncle Sam property previously explored by Kennecott Exploration. The company then entered into an option agreement with Stone Boy Inc. – a partnership between subsidiaries of Sumitomo Metal Mining (95 percent) and Sumitomo Corp. (5 percent) – for Monte Cristo, which now makes up the southern half of the SAM property.

"To finally be able to start working the geology and eliminate the property lines seems to be in everybody's best interest," GAME Chairman and CEO Dennis McDowell told Mining News.

On the Monte Cristo side of the now erased property line, Sumitomo Metal Mining had already outlined a significant gold deposit at the Naosi zone.

The oxide resource at SAM could be recovered with heap leach – a low cost method that involves staking ore in a lined facility and using cyanide to leach the gold from the rock. Kinross Gold Corp. has had great success with heap leach recovery at its Fort Knox Mine about 40 miles northeast of SAM.

By the end of the 2020 season, GAME hopes to have outlined at least 1.55 million oz of gold in oxide resources – about 750,000 oz reporting to inferred resources and 800,000 oz in the higher confidence indicated category.

While upgrading and expanding the oxide resource at Naosi is a part of this plan, the biggest prize could be Mon Ridge, an exploration target about 1,000 meters to the southeast.

According to the 2017 technical report that supports the Naosi resource estimate, Mon Ridge is estimated to host at least 1 million oz of gold in a minimum of 25 million metric tons of oxide resource with grades similar to Naosi.

To begin outlining this resource, GAME plans to target Mon Ridge with at least 7,500 meters of drilling by the end of next summer.

To ready this target for core drilling, GAME brought in Yukon-based GroundTruth Exploration Inc. to carry out GT RAB (rotary air blast) testing of this target. This track mounted rig has been proven effective for preliminary bedrock testing in the Yukon. The SAM property, however, marks the first time the GT RAB was used in Alaska.

Only about 500 meters northwest of Naosi, Lone Wolf appears to be a fault offset extension that was previously separated by the Monte Cristo-Uncle Sam property boundary.

Lone Tree and Lone Wolf will be refined for resource drilling in subsequent work programs.

In addition to the four priority oxide zones, GAME will begin prioritizing the 24 other targets that have been identified across the SAM property for future drilling.

CORRECTION: The GT Probe was not utilized at SAM during the 2019 season and a previous reference to its use there was removed from this article.