Beautiful energy side of brawny vanadium 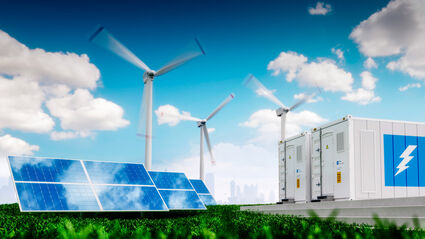 Vanadium redox flow batteries have demonstrated the potential for very large electrical storage capacity, which makes them a contender for storing grid-scale power from wind, solar, and other renewable sources.

Known as vanadium redox flow batteries, or VRFBs, this emerging electrical storage technology takes advantage of vanadium's ability to exist in solution in four different oxidation states as electroactive elements, instead of separate elements for the cathode and anode.

The amount of energy a VRFB can store is only limited by the size of the storage tanks built to hold the vanadium electrolytes, which are separated by a membrane and vanadium electrons flow back and forth during charging and discharging.

"The emerging need for large-scale electricity storage makes vanadium redox flow batteries a major potential future use of vanadium," USGS wrote. "Because of their large-scale storage capacity, development of VRBs could prompt increases in the use of wind, solar, and other renewable, intermittent power sources."

Much like the minerals and metals needed for lithium-ion batteries, the growth of the renewable energy sector could drive unprecedented new demand for vanadium. And one vanadium-rich deposit is conveniently located next to the coast in Southeast Alaska.

Wherever strength is required

While grid-scale energy storage may power future demand, vanadium's more traditional ability to enhance the strength and durability of steel and other alloys continues to be the major market driver for this critical metal.

The USGS estimates that 94% of the roughly 8,300 metric tons of vanadium consumed in the United States during 2019 was used in steel and other alloys.

Inspired by racing cars being developed with it in Europe at the time, Henry Ford had many of the most stressed parts of the Model T – axles, crankshaft, springs and wheel spindles – forged from lighter, more durable, and flexible vanadium steel.

While other metals could replace ferrovanadium steel alloys, it is typically not worth the costs and energy required to create steel that can compete with those imbued with vanadium's properties.

Steel, however, is not the only alloy enhanced by vanadium. When it comes to strength-to-weight ratio, titanium-vanadium alloys are among the best materials ever engineered. This is invaluable to an aerospace sector seeking to shave pounds of aircraft and space vehicles without sacrificing durability.

The beauty of vanadium

While alloys currently drive the market for vanadium, emerging vanadium redox-flow battery technologies has the potential to be a market disruptor for this metal.

Vanadium being an ideal material for both the anode and cathode in such batteries goes back to how the metals derived its name.

Vanadium is able to exist in four different oxidized states when dissolved in water, each state with its own bright and bold color. Due to the colors of the various aqueous states, scientists named the metal after "Vanadis", the old Norse name for the Scandinavian goddess of beauty, Freyja.

VRBs use two of these states as electroactive elements, instead of separate elements for the cathode and anode.

In addition to the potential for very large capacity, these batteries can remain completely uncharged over an extended period without major effects, another advantage that makes them particularly well suited for renewable energy and backup electrical storage.

A magnetic geophysical survey flown for Resolution in 2019 indicates the presence of a 2,500- by 600-meter body of higher-grade magnetite mineralization in the southeast portion of the intrusion.

Resolution estimates that the mafic-ultramafic Alaskan zoned intrusive complex at Snettisham hosts 297 to 551 million metric tons of high-grade material averaging 28 to 52% iron enriched with titanium and vanadium; and 1.1 to 2.1 billion metric tons of lower grade mineralization with 14 to 16% iron plus the two critical metals.

Snettisham also enjoys the advantage of being located on the Pacific Rim coast, adjacent to a deep-water channel capable of hosting Panamax and Cape class vessels that could ship iron-, titanium- and vanadium-rich magnetite concentrates to market.

Resolution could not pass up such a large, easily accessible prospect with these grades that was just sitting there open to staking. 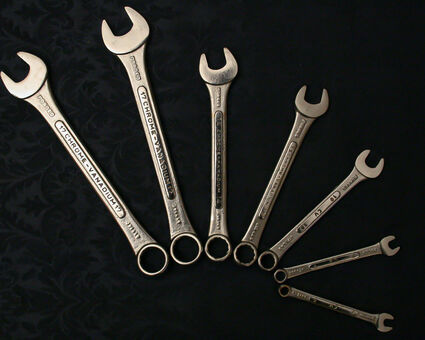 Vanadium is used to add strength and durability to tool steels.

Data collected during the National Uranium Resource Evaluation, a 1970s federal initiative to identify domestic uranium resources, indicated widespread vanadium anomalies in stream sediments in the Wiseman area and rock samples collected there contained as much as 1% vanadium.

In the Eagle area, vanadium associated with uranium and copper was identified at the Road River formation. Samples containing as much as 0.2% vanadium, 188 parts per million uranium and 0.14% copper were collected during the 1990s investigation by USBM.