The quantum realm of Alaska germanium 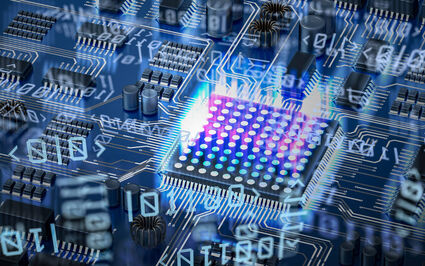 Researchers have made a significant breakthrough towards making quantum computing and quantum internet a reality with germanium-based transistors.

While Alaska is regarded as a geological storehouse of minerals critical to the United States, it is less renowned as a current globally significant supplier of germanium, a zinc byproduct metalloid with optical qualities that make it an important ingredient in infrared and fiber-optics, and semiconducting properties being applied to quantum computing, and solar energy systems.

The Red Dog zinc mine in Northwest Alaska is believed to be the primary source for significant amounts of germanium mined in the U.S. but it is Teck Resources' Trail refinery in British Columbia that gets the credit.

Due to being a byproduct metal credited to Trail, it is hard to pinpoint exactly how much germanium is recovered in the concentrates produced at Red Dog each year.

"Based on an analysis of zinc concentrates, U.S. reserves of zinc may contain as much as 2,500 tons of germanium," USGS wrote. "Because zinc concentrates are shipped globally and blended at smelters, however, the recoverable germanium in zinc reserves cannot be determined."

Zinc deposits may not be the only sources of Alaska germanium in the future. There is evidence that carbonate-hosted copper deposits in the state could carry appreciable amounts of this critical metalloid.

Germanium is an intrinsic semiconductor, a property that could result in quantum leaps in computing speeds and solar panel efficiency.

Due to its long provenance of being an excellent semiconductor, germanium was the metalloid of choice for the first transistors made in the 1950s.

While germanium is the more powerful semiconductor, the more abundant silicon emerged as the preferred material for these tiny on and off switches that represent the standard computer binary system.

Transistors do not use moving parts to carry out their endless stream of zeros and ones. Instead, they use the special properties of semiconductor materials to flick the switch.

Germanium, however, has re-emerged as a transistor material – this time in quantum computers.

Researchers at QuTech, an advanced research center for quantum computing and quantum internet, have made a significant breakthrough towards making these cutting-edge technologies a reality with germanium-based transistors.

"We have been working with transistors as the building blocks for a quantum computer for some time now," says Nico Hendrickx, first author and PhD student at QuTech. "Until now, however, it hasn't been possible to perform quantum calculations using only transistors. Other elements were needed as well, and this provided a limitation for upscaling. We now show that a single transistor can function as a quantum bit by using germanium."

The QuTech researchers have long considered germanium as a superb material for making quantum bits, but manufacturing with this material has been challenging.

These hurdles have now been overcome and the team has now demonstrated they "can perform reliable and extremely fast quantum calculations with germanium."

How fast? According to experts in the field, a quantum computer has the ability to simultaneously carry out several million computations in the time it takes your PC to complete one.

The same semiconducting properties that could take computing to quantum levels are also being used to make the solar system's most effective solar panels.

The high efficiency of the germanium infused solar cells make them preferred for space applications such as the Mars rovers.

"Solar powerplants that use concentrator technology composed of lenses or mirrors that focus high concentrations of direct sunlight onto germanium-based multijunction solar cells have emerged as viable sources for large-scale renewable energy generation," according to USGS.

While solar cells and quantum computers may be the future demand drivers for germanium, most of the metalloid's current applications are focused on its optical qualities – transparent to the infrared electromagnetic spectrum, can be formed into glass, exceptionally high refractive index and low chromatic dispersion.

Germanium is ideal for fiber-optics due to its extraordinarily high refractive index – the ability to bend light.

"Germanium is added to the pure silica glass core of the fiber-optic cable to increase its refractive index and minimize signal loss over long distances," the USGS explains.

This property is strengthened by germanium's low chromatic dispersion – the scattering of light passing through a medium.

"Chromatic dispersion is a serious consideration in long-haul optical fibers. Its effect is essentially to stretch or flatten the initially sharply-defined binary pulses of information. This degradation makes the signals (1s and 0s) more difficult to distinguish from each other at the far end of the fiber," M2 Optics Inc. CEO Kevin Miller explains.

The growing need to send and receive data continues to drive the demand for more fiber-optic cable and the germanium that goes in it.

Demand for fiber-optic cable, however, decreased during 2019 to a slowdown in the rollout of 5G cellular network technology and reduced spending on cable installation by major telecommunication companies

The other major demand driver for germanium is the infrared imaging devices that are widely used by the military and law-enforcement agencies.

While military and law enforcement are the major buyers of night-vision technology, USGS said commercial applications for thermal-imaging devices that use germanium lenses have increased during the past few years.

Emerging and growing uses of germanium's semiconductor and optical properties are expected to continue to drive up the need for this zinc byproduct metalloid.

While it is tough to pinpoint exactly how much germanium is recovered from concentrates produced at the Red Dog Mine, there are signs that it is significant in relation to the global market of this critical mineral.

Teck – which is the operator at Red Dog and owner of the Trail Operations in southern British Columbia where zinc and lead concentrates from the Northwest Alaska mine are refined – is considered one of the world's largest integrated germanium producers.

While Red Dog is not Trail's only supplier, USGS said the majority the germanium the refinery produces likely comes from the Alaska mine.

"Most of the germanium produced at metallurgical facilities at Trail, British Columbia, Canada, likely comes from sphalerite concentrates from the Red Dog district," the geological survey wrote.

A partial force majeure – unforeseeable circumstances that prevent someone from fulfilling a contract – on germanium output from Trail early in 2018 pushed germanium prices up 31%, from US$1,757/kg in January to US$2,300/kg in March.

Prices dropped deeper into 2018 and the price of germanium metal averaged US$1,543 during 2018, according to USGS.

Repairs to the damaged facilities at Trail were completed by early 2019 and the partial force majeure was lifted in February. As a result, the average price of germanium metal dropped roughly 20% to around US$1,240/kg during 2019.

Teck announced plans in 2018 to extend the life of the Red Dog Mine out to at least 2031, based on 57.6 million metric tons of reserves at the time averaging 13.6% (13.9 billion pounds) zinc, 3.9% (2.5 billion lb) lead and an undisclosed amount of germanium in the deposits currently being mined.

Aktigiruq, a large and high-grade zinc target roughly five miles northwest of the current operations, could extend the life of Red Dog 25 to 50 years deeper into the 21st century.

Part of the same group of sphalerite-rich sedimentary exhalative (SEDEX) deposits that is currently being mined at Red Dog, Aktigiruq likely means Alaska will be a global germanium source for decades to come.

While zinc deposits are the primary source for germanium and Red Dog is among the richest such stores on Earth, carbonate hosted copper deposits also sometimes have a germanium component to them and there is one such deposit in Alaska that could be a source of this critical metal in the not too distant future.

Although germanium is known to be found in carbonate hosted zinc-lead deposits, not a lot is understood about potential associations with this style of deposit carrying mostly copper. The critical metal, however, has a known affinity for chalcopyrite, a copper mineral, which raises the possibility that large carbonate-hosted copper deposits, such as the Bornite deposit at Ambler Metals Inc.'s Upper Kobuk Mineral Projects in Northwest Alaska, could be a future germanium source.

With 6.4 billion lb of high-grade copper, Bornite has long been known to be a world-class deposit of this energy metal. Now this carbonate-hosted deposit is being investigated for its critical metal potential.

Roughly 77 million lb of cobalt has already been identified at Bornite and the deposit is known to also carry germanium and gallium.

Working with Trilogy Metals Inc., one of the partners advancing exploration and development of the Upper Kobuk Mineral Projects, USGS has been investigating the distribution of these critical minerals at Bornite, as well as the deposit's potential for rhenium.

The work carried out under this study could provide a better understanding of the potential to recover critical minerals as a byproduct of mining the billions of pounds of copper at Bornite, as well as provide USGS information it can apply to other deposits in Alaska as it continues to seek potential domestic sources of the metals considered critical to the United States.

Coal beds in Fort Hamlin Hills, a region of Interior Alaska that lies along the Dalton Highway immediately north of the Yukon River, may be particularly enriched with germanium and tungsten. 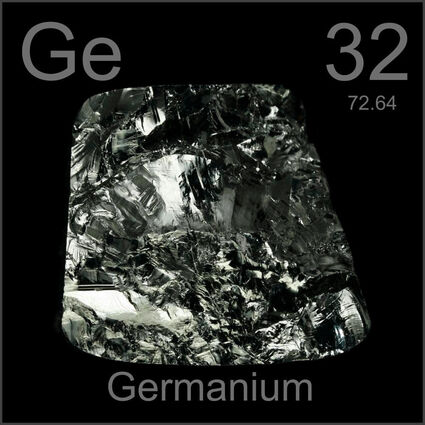 Indications of high metal concentrations in Fort Hamlin Hills coal ash were first detected in 1985 during a routine series of analyses of ash from various Alaskan coal deposits.

Follow-up work in 2006 by James Barker identified interesting concentrations of germanium and tungsten in the coal beds underlying the Ray River in the area.

"The occurrence of germanium in coal ash is somewhat more common worldwide, although rarely at the concentration levels found in coal ash from the Fort Hamlin Hills area," Barker said.

This leaves one to wonder whether Ray River coal is a potential future fuel source with critical mineral byproducts, or a germanium-tungsten mine with a built-in power source.