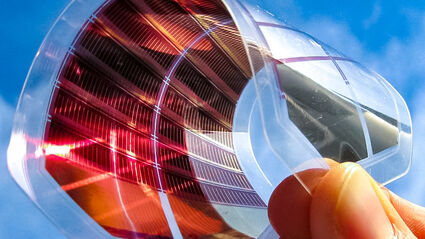 Bismuth is being studied as a replacement to lead in perovskites thin-film solar cells, which are highly efficient at harnessing sunlight to generate electricity.

Would you consider drinking heavy metals to make your stomach feel better? A serum containing arsenic, cadmium, lead or mercury would only make matters worse and could be deadly. Bismuth, the heaviest of the heavy metals, however, is swigged by millions of indigestion sufferers each year.

In fact, stomach remedies such as Pepto-Bismol, along with cosmetic applications, are currently the largest market for bismuth. Being the only non-toxic heavy metal, bismuth is being considered in other commonly used products that are typically weighted by lead.

"In the early 1990s, research began on the evaluation of bismuth as a non-toxic replacement for lead in such uses as ceramic glazes, fishing sinkers, food processing equipment, free-machining brasses for plumbing applications, lubricating greases, and shot for waterfowl hunting," according to the U.S. Geological Survey.

This lead replacement initiative did not gain much traction because bismuth is hard to come by.

"Bismuth ranks 65th in elemental abundance in the Earth's continental crust, at an estimated 85 parts per billion by weight," USGS penned in its 2020 Mineral Commodity summaries report.

Bismuth is primarily sourced as a byproduct of lead refining and since the United States no longer refines lead, it is almost entirely dependent on countries such as China (76%), Belgium (7%) and Mexico (6%) for its supply of the metal.

Aside from America's reliance on China and others for 96% of its needs, bismuth's emerging potential as a non-toxic replacement for lead in the renewable energy sector is another reason this heavy metal is considered critical to the U.S.

In 2019, a stable bismuth-based perovskite oxide semiconductor was discovered that could potentially be used in thin-film solar technology.

Thin-film solar cells that use perovskites, a class of compounds with a crystal structure similar to a calcium titanium oxide mineral for which the group gets its name, have proven to be highly efficient at harnessing sunlight to generate electricity.

While perovskite solar cells have shown promise in the lab, more work remains to be done to overcome durability and challenges related to the toxicity of the lead-based perovskite material.

Bismuth is showing promise as an ingredient in high-performance semiconductors that could replace lead-halide perovskites.

"Additional research to improve the photovoltaic efficiency of the bismuth-based perovskites is needed before their use would be feasible," USGS penned in its annual report.

Alaska hosts some intriguing bismuth prospects that could remedy America's dependence on overseas suppliers for this non-toxic heavy metal.

Bismuth's rarity, along with the fact that it is often associated with gold in Alaska, makes this heavy metal a key early indicator that a world-class deposit of gold could be nearby.

Even enormous stores of gold, such as the 40-million-ounce Donlin Gold deposit in Southwest Alaska, can be tough to find by relying entirely on looking for gold on the surface.

For this reason, geologists seeking similarly large lodes of gold look for traces of bismuth, antimony, arsenic, tellurium, tin and tungsten, elements that travel with gold but are easier to find in the soils lying over multi-million-oz gold deposits.

Reversing the typical gold pathfinder elements line of thinking, geologists seeking an economic deposit of bismuth in Alaska should keep an eye out for the rich deposits of hardrock and placer gold turned up by the prospectors and geologists that came before them.

Kinross Gold Corp.'s Fort Knox Mine near Fairbanks is a textbook example of a large intrusion-related deposit with intriguing stores of bismuth and other critical minerals nearby.

"The quartz contains gold, scheelite (a tungsten mineral), bismuthinite (a bismuth mineral), and according to assay some mineral containing tellurium," L.M. Prindle wrote in 1916 of samples taken from what would 80 years later be the Fort Knox Mine.

"It's a shame Kinross never installed a heavy mineral circuit in their Fort Knox mill to catch the bismuthinite and scheelite and wolframite that was known in the area since at least Prindle's 1916 USGS report," James Barker, who investigated much of Alaska's critical minerals potential while working as a geologist for the U.S. Bureau of Mines, told Mining News.

While the bismuth at Fort Knox is not currently being recovered, distal deposits of antimony and tungsten, often containing bismuth, have been mined when demand for these critical metals pushed the price high enough.

This includes a high-grade tungsten-bismuth lode on the flanks of what is now the Fort Knox Mine discovered by Balkan immigrant "Wise" Mike Stepovich in 1915. While there are no official reports of bismuth production, the lode discovered by Stepovich helped to supply America's need for tungsten during both World Wars.

There are indications that some bismuth was mined in the Salcha River area a few miles east of Fairbanks. In fact, reports of placer bismuth nuggets recovered from Caribou Creek in this area has attracted the interest of gold explorers, considering the critical mineral's association to Fort Knox to the west and Pogo to the east.

While many gold prospects, deposits and mines found across Alaska contain small amounts of associated bismuth, there is at least one prospect on the Seward Peninsula on the western side of the state where gold is secondary to bismuth.

Located about 25 miles north of Nome, the Charlie Creek bismuth occurrence was first discovered by placer gold miners who traced native bismuth nuggets to outcropping veins alongside the creek.

According Chapin and others who visited the site in the 1920s, discarded rock piles indicate that early miners recovered bismuth from the high-grade veins.

Interestingly, there are two separate reports of platinum associated with the Charlie Creek bismuth occurrence but USGS investigations in the 1920s and 1950s could not confirm its presence.

Alaska geologist Charles "Chuck" Hawley reported signs of some relatively recent work at the Charlie Creek bismuth occurrence, including "buildings and some fairly modern equipment," following a visit to the site in 1995.

In addition to Charlie Creek and its presence as a gold pathfinder element, intriguing quantities of bismuth have been found in other areas across the state, including: 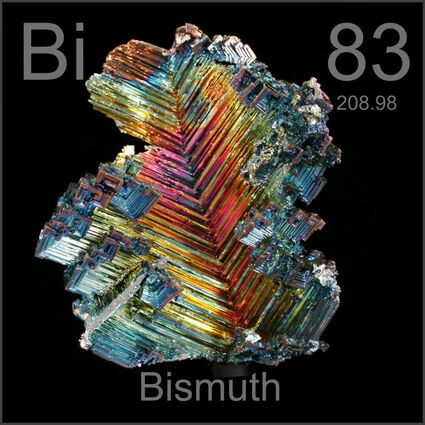 • Eva Creek in the Bonnifield Mining District – According to a 1916 USGS report, small amounts of bismuth and bismuthinite were found in quartz- and arsenopyrite-bearing rocks in this creek about 15 miles northeast of Healy. Today, this area of Interior Alaska about 80 miles south of Fairbanks hosts Golden Valley Electric's Eva Creek Wind Farm.

• Manley Hot Springs District – The tin-rich occurrences in this area of Interior Alaska also host intriguing quantities of other critical minerals. Samples collected by Alaska Division of Geological and Geophysical Surveys near the summit of Manley Hot Springs Dome contained as much as 2,760 parts per million bismuth, along with wide array of other, critical, precious, and base metals.