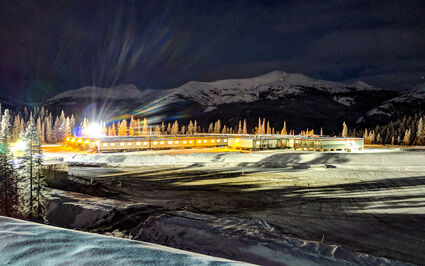 Coeur halted production at Silvertip early in 2020 to focus on exploration and mill expansion at this Northern BC mine.

Coeur Mining Inc. invested heavily in exploration during 2020, including robust programs at its Kensington gold mine in Alaska and Silvertip mine project in British Columbia.

After investing US$21 million in exploration at six projects in the U.S., Canada, and Mexico during the first half of the year, the Chicago-based miner increased its total 2020 exploration budget to US$54 million.

"We significantly increased our investment in exploration to test these targets in 2020, seeking to provide stockholders with upside exposure to new potential discoveries and mine life extensions at our existing operations," said Coeur Mining Senior Vice President of Exploration Hans Rasmussen.

Looking to add higher-grade resources with the potential to be incorporated into the mine plan, Coeur invested US$4.5 million into 21,908 meters of drilling at Kensington during the first half of 2020.

The company said this drilling tapped high-grade gold mineralization at upper Kensington Zone 30, Raven, Elmira, and Eureka, all of which are located near existing infrastructure and represent new potential resource growth areas.

Coeur reports new mineralized intervals are being logged in holes from the surface drill program at Raven, suggesting that the upper portions of the Kensington and Raven zones may have wider, splayed veins.

Additionally, expansion drilling at the Elmira, Jualin, Eureka, and the newly discovered Bear veins all have intersected mineralized material with most intercepts well above Kensington's current inferred resource grade.

At Silvertip, Coeur temporarily suspended production early in 2020 to accelerate investment in exploration and mill expansion at this Northern BC mine.

This resource expansion drilling encountered stack horizons of resource-grade mineralization north, east, and south of the Discovery zone, and in the new South Camp Creek zone.

As a result of these efforts, three new mineralized zones have been discovered representing multi-year growth targets with the potential to significantly expand Silvertip's resource base.

This includes Keda, a new zone roughly 1,500 meters north of the Discovery and Silver Creek resources.

Historical chip sampling from a trench cut across a zone of carbonate replacement mineralization at Tim averaged 352 g/t silver and 9.1% lead across four meters.

The aurora borealis lights up the night at Coeur Mining's Kensington gold mine in Southeast Alaska.

Coeur can earn an 80% interest in Tim by funding C$3.55 million in exploration over five years and paying C$575,000 to Alianza in scheduled cash payments over eight years. Coeur must also fund a feasibility study and notify Alianza of its intention to develop a commercial mine on the property on or before the eighth anniversary of receiving the primary permit needed to begin exploration.