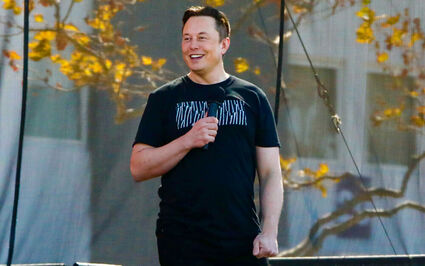 Tesla CEO Elon Musk talks about the company's lithium-ion ambitions and the need for raw materials such as nickel to achieve those lofty goals during Tesla Battery Day 2020.

"Please mine more nickel," these four words from Tesla CEO Elon Musk reverberated across the global mining sector and raised awareness of how fundamental nickel is to the lithium-ion batteries powering hundreds of millions of electric vehicles to come off Tesla and traditional automaker assembly lines over the next two decades.

"Tesla will give you a giant contract for a long period of time if you mine nickel efficiently and in an environmentally sensitive way," Musk implored mining executives.

While there is no shortage of nickel in the world, the Tesla CEO is concerned that the global transition to EVs and the batteries that power them will outpace the mining sector's ability to deliver new supplies of this metal traditionally used for stainless steel and other alloys.

This aligns with nickel forecasts put out in a 2021 International Energy Agency report that investigates "The Role of Critical Minerals in Clean Energy Transitions."

At this rate, EVs and low-carbon electricity generation would account for more nickel demand than all other uses for the metal combined.

The mining sector's inability to keep pace with this explosive new demand would drive up the costs of producing the batteries powering EVs and storing intermittent low-carbon energy, hampering global efforts to meet the climate goals of the Paris Agreement.

This is why Musk implored, "Any mining companies out there ... wherever you are in the world, please mine more nickel."

One global mining company has answered the Tesla CEO's call for nickel and many others, from junior explorers to global producers, are accelerating plans to bring more of this fundamental battery metal to markets as soon as possible.

While nickel is found all over the world, the islands of the South Pacific are particularly enriched with this increasingly critical alloy and battery metal.

During 2020, three of these South Pacific Islands – Indonesia, Philippines, and New Caledonia – accounted for more than half of the nickel produced globally during 2020. Russia, Australia, Canada, and China accounted for much of the balance.

While the nickel mined from laterite ores found on South Pacific islands is great for stainless steel and other alloys, it is not ideal for transforming into the nickel sulfate needed that make up the bulk of cathodes in lithium-ion batteries.

The iron-nickel alloy produced from laterite ores can be upgraded to battery-grade nickel sulfate with a high-pressure acid leach (HPAL) process. The financial and environmental costs of HPAL, however, have many along the battery supply chains questioning whether laterite mines are viable sources of the nickel sulfate needed for lithium-ion batteries.

There were reports earlier this year, however, that Tesla was partnering as an industrial advisor to help ensure sustainable production at the Goro mine in New Caledonia. The government and other local interests own 51% of this potentially very large mine.

Brazil-based Vale SA, which recently sold its stake in Goro, and BHP Group are looking at increasing production of nickel from sulfide ore, which, as its name suggests, is more readily upgraded to battery-grade nickel sulfate.

Vale's Voisey's Bay operation in the eastern Canadian province of Newfoundland and Labrador is one such nickel sulfide mine.

Voisey's Bay is transitioning from an open pit mine to an underground operation capable of producing 40,000 metric tons of nickel-in-concentrate per year, which will be upgraded into finished nickel at Vale's Long Harbour facility in the province.

In addition to Voisey's Bay, Vale's Sudbury operation in Ontario, Canada, produces roughly another 65,000 metric tons of nickel and the Brazilian miner has been producing the highly demanded metal at its Thompson mine in the province of Manitoba since 1961.

According to a late-2020 Reuters report, Tesla and other lithium-ion battery manufacturers are negotiating deals to secure nickel from the Brazilian miner's Canada operations.

Mark Travers, executive director of base metals for Vale, confirmed that the miner is having conversations with Tesla and others about ensuring there is enough nickel available to meet battery demand in the coming years.

As a sign that the mining major is serious about ramping up Canadian nickel production to meet this demand, Vale announced that it is investing C$150 million to extend the life of its Thompson mine by 10 years and aggressively explore nearby orebodies that could extend the operation well past 2040.

"This is the largest single investment we have made in our Thompson operations in the past two decades," said Travers. "The global movement to electric vehicles, renewable energies, and carbon reduction has shone a welcome spotlight on nickel – positioning the metal we mine as a key contributor to a greener future and boosting world demand. We are proud that Thompson can be part of that future and part of the low-carbon solution."

Travers told Reuters that Vale is studying the potential to store carbon dioxide in tailings at the Thompson mine, which could lower the CO2 footprint of the nickel produced. This would make the nickel from this mine more attractive for Tesla and other global automakers looking for supplies of this battery metal that are mined "efficiently and in an environmentally sensitive way."

As attractive as Vale's Canadian nickel may be to the North American EV supply chain, BHP Group was the first to sign a giant nickel contract with Tesla.

"BHP produces some of the lowest carbon intensity nickel in the world, and we are on the pathway to net-zero at our operations," said BHP Minerals Australia President Edgar Basto. "Sustainable, reliable production of quality nickel will be essential to meeting demand from sustainable energy producers like Tesla Inc."

Under an agreement signed in July, the Anglo-Australian mining giant will supply the electric automaker with some of this quality battery metal from Nickel West, a Western Australia operation that includes nickel sulfide mines, a refinery that produces premium-grade nickel, and a battery-grade nickel sulfate plant.

While BHP and Tesla did not provide details on how much nickel this deal entails, Benchmark estimates that the contract is worth up to 18,000 metric tons of nickel per year starting in 2022.

In addition to the nickel supply pact, BHP and Tesla are working together to make the overall lithium-ion battery supply chain more sustainable.

This battery sustainability partnership is focusing on mine-to-EV raw material traceability using blockchain; technical exchange for battery raw materials production; and promoting the importance of sustainability in the resources sector, including identifying partners who are most aligned with BHP and Tesla's battery supply chain values.

"This is an alliance that will promote sustainability in the mining and resources sector," said Samantha Langley, principal of business development at BHP.

The global mining and EV companies are also working together to identify opportunities to lower carbon emissions in their respective operations through increased use of renewable energy paired with battery storage.

"We are at the beginning of a revolution that will transform our world," Langley said.

While expanding current operations will help meet the needs of Tesla and other EV manufacturers in the near term, the rapid development of new nickel mines will be required to fill the doubling of demand forecast in the coming two decades.

A Canadian mine that produces both the nickel and cobalt needed for the lithium-ion batteries, while also locking up carbon dioxide in rocks for geological time periods, would check many of the environmental, social, and governance boxes of North American EV manufacturers seeking sustainable sources of battery metals.

Recent tests carried out at the University of British Columbia indicate the potential that Giga Metals Corp.'s Turnagain project in Northern BC could be one such greenhouse gas-absorbing mine.

A 2020 preliminary economic assessment outlined plans for a mine at Turnagain that would produce an average of 33,215 metric tons of nickel and 1,962 metric tons of cobalt annually for 37 years.

It just so happens that the tailings left behind after the nickel and cobalt extracted from the ore at Turnagain are really good at absorbing CO2 out of the atmosphere. This process turns the tailings, which are typically crushed to a sand- or silt-like consistency, into carbonate rock.

A team led by UBC Professor Greg Dipple, who has been studying mineral sequestration of CO2 in mine tailings around the world for more than 15 years, shows the potential for this mineral carbonation process to permanently sequester vast amounts of CO2 at Turnagain.

Considering that this operation is only estimated to emit 0.75 metric tons of CO2 per metric ton of nickel if electric trucks are used for hauling, this baseline absorption would nearly make the mine carbon-neutral without any optimizations.

Dipple's tests, however, indicate that these CO2 absorption rates would increase by at least 25% under actual mining scenarios.

The testing also showed that only about 10% of the brucite – a magnesium hydroxide mineral at Turnagain responsible for sponging atmospheric CO2 – was consumed during the one-month sequestration test, indicating that Turnagain mine tailings would absorb more of the greenhouse gas with longer exposure to the air.

While much more detailed and longer-term testing will need to be done, a mine at Turnagain with an electrified mining fleet powered by the hydroelectric Northern BC is known for has the potential to be a CO2-negative producer of nickel and cobalt.

The ability to produce these lithium-ion battery metals with zero or less CO2 emissions would likely be attractive to EV and battery manufacturers looking to improve the ESG profiles of their supply chains.

"We recognize the growing importance of strong ESG performance from commodity producers," said Vydra. "We are proud that our project is at the forefront of being able to contribute to a carbon-free industry." 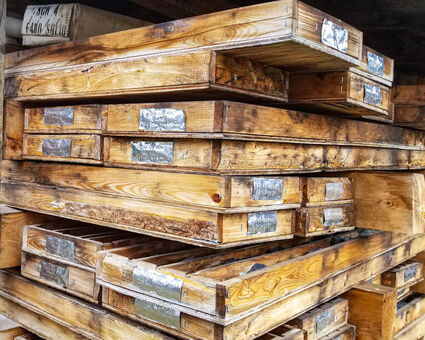 Boxes of core from many years of exploration drilling at Giga Metals' Turnagain nickel-cobalt project in British Columbia.

Much work, however, still needs to be done to demonstrate the economic viability of a carbon-neutral nickel mine at Turnagain and then advance that battery metals operation through permitting and development.

Getting projects like Turnagain across the finish line in time to supply the battery metals required to achieve the Paris Agreement vision of a carbon-neutral global economy by 2050 will require alliances between mining companies, conservation groups, local stakeholders, governments, academia, resource investors, and the low-carbon energy companies looking to transform critical minerals into EVs plugged into low-carbon energy.

Understanding that a shortage of battery metals, especially nickel, is the one thing that could hold back his vision of Tesla playing its role in e-mobility and renewable energy storage is why Musk sent out the message, "Any mining companies out there ... wherever you are in the world, please mine more nickel."