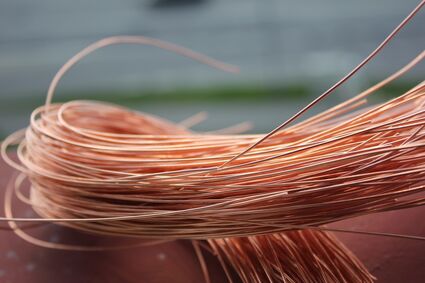 The World Bank estimates that the green energy transition will require roughly 1.1 trillion lb of copper over the next 25 years.

Considering the almost unfathomable quantities that will be needed to power the global shift to low-carbon energy and electric mobility, copper is the most critical of the minerals and metals that have not been deemed critical by the United States or the European Union.

How much demand will it take to push an abundant and widely produced metal like copper to the level of criticality? A doubling of current demand would likely be sufficient, and many analysts are forecasting that such a rise is on the horizon.

The World Bank estimates that roughly 550 million tons of copper will be needed for low-carbon technologies such as wind turbines, solar panels, electric vehicles over the next 25 years, which is roughly equivalent to the total copper mined by humankind since the dawn of the Bronze Age some 5,000 years ago.

The reason for this is no matter which battery chemistries power tomorrow's electric vehicles, what renewable energy solutions recharge those EVs, or if rare earth magnets are used to generate that electricity and propel those automobiles more efficiently, any path to a decarbonized electrified future is wired with copper.

"If you want to electrify the world economy, the electrically conductive elements are going to become much more valuable in real terms, compared to things that don't conduct electrical energy," Ivanhoe Mines Ltd. founder and co-chairman Robert Friedland said during a keynote address at the AME Remote Roundup held in Vancouver, British Columbia at the onset of 2021.

And mining more copper could help provide new supplies of the cobalt needed for lithium-ion batteries, tellurium used in thin-film solar panels, and rhenium that goes into the high-temperature superalloys used for aircraft turbines.

This is because these critical metals are often found in the same deposits as copper, and mining companies such as Rio Tinto are increasingly looking at producing them as a byproduct of the conductive base metal that is seeing a once-in-a-century swell in demand.

Copper is so vital to the renewable energy and electric transportation revolution that international investment bank Goldman Sachs has declared this conductor metal to be the new oil of the low-carbon electric future the conductive metal will help empower.

Jeff Currie, head of Goldman Sachs Commodities Research and lead analyst of the financial firm's "Copper is the new oil" report, points out that the transition to renewable energy such as wind and solar will not be possible without a surge in the use of copper and other key metals.

"If we are going to electrify the world and decarbonize that way, we absolutely need copper to do it," Currie said during an April appearance on CNBC's The Exchange. "Copper becomes the strategically most important commodity, taking over that role from oil."

This, however, is considered by many as just the start, as a "supercharged" surge in demand is forecast to continue elevating the price for this most critical noncritical energy metal.

"In the short term, we've had a big rise in the price of copper," Friedland said during a keynote address at the CRU World Copper Virtual Conference 2021. "But for the medium term, copper has really become a national security issue. It's central for what we want to do with our economy."

Goldman Sachs analysts foresee copper prices continuing to climb to between $5.00 and $5.45 per lb over the next year and upwards of $6.80/lb by around 2025.

Other analysts have predicted that copper could go as high as $10.00/lb before enough mine supply comes online to meet the demands of the global green energy and transportation revolution.

The low-carbon copper trifecta begins with the fact that generating electricity from renewable sources such as wind and solar needs a lot more copper than the fossil-fuel-burning counterparts they are replacing.

It is estimated that on average, low-carbon sources of electricity require roughly five times more copper per megawatt of generating capacity than carbon burning counterparts such as coal- and gas-fired plants.

For example, a natural gas-fueled power requires roughly 2,425 lb of copper for every megawatt of electrical generation capacity, but it takes about 6,400 lb of copper per megawatt of onshore wind generating capacity or 17,600 lb for offshore.

Even photovoltaic solar is estimated to need more than double the copper-per-megawatt than gas or coal.

Much of this increased copper demand is due to the powerlines needed to connect these more decentralized power sources to customers.

While generating and delivering renewable energy is creating enormous new copper demand, it is the EVs that "fuel up" their batteries with electricity that elevates the red metal to the status of new oil.

The International Energy Agency estimates that roughly 117 lb of copper goes into the average EV, which is nearly 2.5 times the 49 lb of conductive metal needed for a typical internal combustion engine vehicle.

And, if you are going to have hundreds of millions of cars, trucks, busses, trains, heavy equipment, and other vehicles fueling up with electricity, much more copper-intensive renewable energy capacity will need to be added globally.

The World Bank estimates that the green energy transition alone will require roughly 1.1 trillion lb of copper over the coming 25 years, or an average of about 44 billion lb per year, which is roughly equivalent to all the copper mined around the world during 2020.

Nicholas Snowdon, a metals strategist for Goldman Sachs and contributor to the financial firm's "Copper is the New Oil" report, told attendees of the 2021 CRU World Copper Virtual Conference that there are not enough copper mining projects in the global pipeline to meet the green energy demands for the metal, creating "a record long-term supply gap by the end of the decade."

This lack of copper mines in the pipeline is largely due to weak prices and a reluctance to invest in new projects following the "Black Monday" stock market crash in 2011. As a result, copper prices dropped from above $4.00/lb before the Aug. 8, 2011 event to a low of $2.00/lb in 2016. As recently as March of 2020, following a drop related to the COVID-19 outbreak, the price for a pound of copper was only $2.17.

Snowdon says the copper imbalance being created by runaway renewable energy and e-mobility demand "can only be resolved by higher prices stimulating investment in new supply." 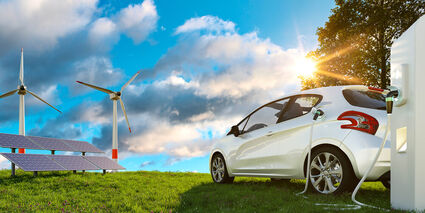 While generating and delivering renewable energy is creating enormous new copper demand, it is EVs fueling their batteries with electricity that elevates the metal to the status of new oil.

In a world with millions of EVs plugged into renewable energy-charged electrical grids, this will likely keep copper prices at levels that spur mining companies to invest in copper projects that have been sitting on the shelf for the better part of a decade.

Considering that it takes roughly a decade to get a large and already advance staged mining project through the permitting process, the mining industry is going to have a hard time feeding enough copper into global supply chains to meet the demand trifecta spurred by the envisioned transition to e-mobility plugged into renewable electricity.

With lofty climate goals at stake, the lack of copper needed to wire the renewable energy revolution raises the criticality level of this base metal.

"As we have long argued, moving the global economy toward net-zero emissions remains a core driver of the structural bull market in commodities demand, in which green metals – copper in particular – are critical," the Goldman Sachs analysts penned in the "Copper is the New Oil" report.