The quantum states of germanium demand 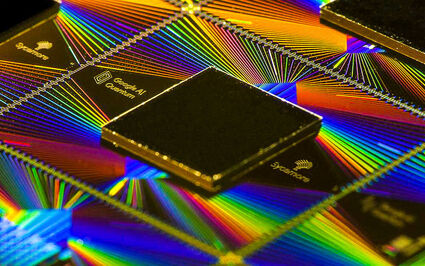 From the transistors in quantum computers that are millions of times faster than their classical counterparts to fiber optic cables that send data at the speed of light, germanium is a little-known semiconductor that is a small but extremely important ingredient in the technologies behind the future of ultrafast computing and communications.

Germanium traces its technological roots back to the 1950s, when scientists developed the transistor to replace vacuum tubes in the enormous mainframes of the day – a discovery that ushered in the era of personal computers.

These transistors utilized germanium's excellent semiconductor qualities to, in a sense, flick tiny on and off switches that create the streams of ones and zeros that represent the standard computer binary system.

While germanium is the original and more powerful transistor semiconductor, it was supplanted by silicon, a more abundant and less expensive material that has established such an important stake in the computing world that a valley named after the semiconductor is widely regarded as the global capital of computer technology and innovation.

Germanium's intrinsic semiconducting superiority has reemerged – this time in the realm of quantum computing and the most efficient solar panels ever created.

Despite its superlative-earning semiconductor achievements, germanium's superior optical qualities are what drive the highest demand for this metalloid.

"The major use of germanium worldwide is for fiber-optic systems, whereby germanium is added to the pure silica glass core of fiber-optic cables to increase their refractive index, minimizing signal loss over long distances," the United States Geological Survey inked in a germanium fact sheet.

These optical and other exceptional qualities are also important to making night-vision goggles and other infrared imaging devices that are used extensively by the military and law-enforcement agencies.

"Germanium is metallic in appearance and has unique properties that make it critical to the function of numerous commercial, industrial, and military applications," the USGS penned in the germanium chapter of a 2018 report on the 35 minerals and metals critical to the U.S.

Often found alongside zinc, germanium is almost always produced as a byproduct of the galvanizing metal.

"In 2020, zinc concentrates containing germanium were produced at mines in Alaska and Tennessee," according to the USGS.

Whether it be smartphones, laptops, or supercomputers, the central processing unit at the heart of these machines is built using semiconductor technology that is capable of holding billions of transistors onto a single chip. Now, researchers at QuTech, an advanced research center for quantum computing and quantum internet, are using germanium-based transistors in computers that are unfathomably faster and more powerful than the silicon-based computers we use today.

"We have been working with transistors as the building blocks for a quantum computer for some time now," says Nico Hendrickx, a Ph.D. student at QuTech. "Until now, however, it hasn't been possible to perform quantum calculations using only transistors. Other elements were needed as well, and this provided a limitation for upscaling. We now show that a single transistor can function as a quantum bit by using germanium."

The QuTech researchers have long considered germanium as a superb material for making quantum bits, or qubits, but manufacturing with this material has been challenging.

These hurdles have now been overcome and the team has now demonstrated they "can perform reliable and extremely fast quantum calculations with germanium."

How fast? In a mere 200 seconds, Google's quantum computer Sycamore solved a calculation so mathematically complex that it would take the world's most powerful supercomputer 10,000 years to figure out, or roughly 158 million times faster than the fastest classical computer on the planet.

The researchers at QuTech consider germanium as the ideal platform for several quantum technologies they are developing.

"Now that we know how to manufacture germanium and operate an array of qubits, the germanium quantum information route can truly begin," said Menno Veldhorst, a team leader at QuTech.

Best in the solar system

The same semiconducting properties that are taking computing into the quantum realm are also are being used in the most effective photovoltaic panels in the solar system.

The high efficiency of the germanium germanium-infused solar cells, however, makes them preferred for space applications such as some of the Mars rovers.

"Solar powerplants that use concentrator technology composed of lenses or mirrors that focus high concentrations of direct sunlight onto germanium-based multijunction solar cells have emerged as viable sources for large-scale renewable energy generation," according to USGS.

While quantum computers and solar panels may be the future demand drivers for germanium, most of the metalloid's current applications are focused on its optical qualities – transparent to the infrared electromagnetic spectrum, can be formed into glass, exceptionally high refractive index, and low chromatic dispersion.

"Chromatic dispersion is a serious consideration in long-haul optical fibers. Its effect is essentially to stretch or flatten the initially sharply-defined binary pulses of information. This degradation makes the signals (ones and zeros) more difficult to distinguish from each other at the far end of the fiber," M2 Optics Inc. CEO Kevin Miller explains.

The growing need to send and receive enormous quantities of data at lightning-fast speeds continues to drive the demand for more fiber-optic cable and the germanium that goes in it.

U.S. demand for fiber-optic cable decreased during 2020 as a side effect of the COVID-19 pandemic. Federal funding to increase broadband infrastructure in rural communities and a nationwide increase in remote work, however, partially offset the lowered demand.

The demand for germanium is expected to continue trending higher with the global installation of 5G network technology that will require the speeds delivered by fiber optics.

Infrared imaging devices used by the military, law-enforcement agencies, and increasingly in the private sector are another major driver of demand for germanium.

While military and law enforcement are the major buyers of night-vision technology, USGS said commercial applications for thermal imaging devices that use germanium lenses have increased during the past few years.

From concentrates to coal ash

While there is currently plenty of germanium mined to meet demands for this critical tech metalloid for the foreseeable future, only a fraction of this zinc-byproduct is recovered at the refineries.

Teck Resources' Trail Operations in southern British Columbia, which refines zinc and lead concentrates from the company's Red Dog Mine in Alaska, is considered one of the largest producers of germanium in the world.

With the refinery processing concentrates from other mines, it is hard to track exactly how much, if any, of this germanium comes from Red Dog concentrates.

This situation has created a conundrum for agencies tracking critical minerals.

"Because zinc concentrates are shipped globally and blended at smelters ... the recoverable germanium in zinc reserves cannot be determined," USGS penned in its 2021 mineral commodities report.

In addition to zinc concentrates, germanium, rare earths, and other critical minerals are often also found in coal deposits. While the concentrations of critical minerals in the deposits themselves are typically too low to be economical, this percentage becomes much higher in the ash left behind by more than a century of burning coal to generate electricity. 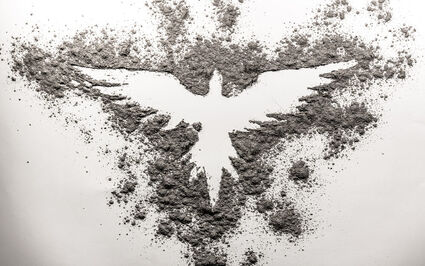 Looking to transform old coal mining regions into new domestic sources for germanium and other critical minerals, the Department of Energy has awarded $19 million for 13 projects in traditionally fossil fuel-producing areas of the U.S. from Appalachia to Alaska.

Looking to transform old coal mining regions into new domestic sources for critical minerals, the U.S. Department of Energy has awarded $19 million for 13 projects in traditionally fossil fuel-producing communities from Appalachia to Alaska.

While rare earths are the primary target of this DOE-funded project, the cash that has been stacking up at coal-fired power plants also often contains germanium, lithium, cobalt, titanium, vanadium, and a dozen other minerals and metals considered critical to the U.S.

This could provide a new source for germanium and other metals needed for the envisioned renewable energy and electric vehicle transition, while also providing new career opportunities that are being affected by this transition.

"The very same fossil fuel communities that have powered our nation for decades can be at the forefront of the clean energy economy by producing the critical minerals needed to build electric vehicles, wind turbines, and so much more," said Secretary of Energy Jennifer Granholm.