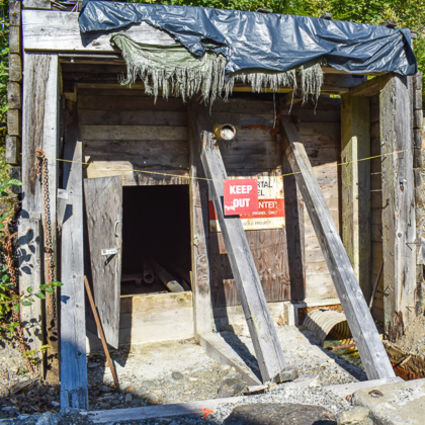 Drilling has extended gold mineralization in the 609 zone about 150 meters toward this portal at Ascot Resources' Premier Mine project in British Columbia's Golden Triangle.

Ascot Resources Ltd. brought on a new chairman, president and CEO, and chief operating officer towards the end of 2017. With this new leadership came a new vision for resuming operations on its Premier-Dilworth property at the southern tip of British Columbia's Golden Triangle. This 100-square-kilometer (39 square miles) land package still has infrastructure from the Premier Mine – a past-producer of 2.1 million ounces of gold and 44.9 million oz silver – including mill, assay lab building, crusher, tailing storage area and underground development.

Instead of the open-pit scenario previously envisioned, the new leadership sees the development of higher grade, underground resources as the most efficient and profitable path towards production at this historic mine about 25 kilometers (16 miles) north of Stewart.

The new management said operations can be re-started within a potentially shorter timeframe by using the existing underground infrastructure and higher-grade resources to maximize profitability of the processing facilities already in place on the property.

Ascot's focus on higher-grade underground gold-silver deposits is reflected in an updated resource, which highlights a maiden high-grade resource calculation for Premier-Northern Lights, which is located at and adjacent to the historical mine areas in the southern part of the Premier property.

A 45,000-meter drill program planned for 2018 got underway in April, starting in the western part of the high-grade Northern Lights-Premier area before moving to Big Missouri-Martha Ellen, an area that required snow removal before it could be accessed.

Ascot encountered significant gold-silver mineralization in most of the more than 75 holes reported so far from Big Missouri.

"The company's vision of re-starting the Premier mill with sufficient feed has just received a strong boost by these excellent results from Big Missouri," said Ascot Resources President and CEO Derek White.

This vision was further bolstered with the purchase of Silver Coin, an advanced stage, gold-silver property about 800 meters from Ascot's Big Missouri project and five kilometers (about three miles) from the Premier mill.

"Material from the Silver Coin property was successfully mined and processed in the early 1990s at the Premier mill," said White. "The project's proximity to Ascot's infrastructure and the identical metallurgical characteristics create key synergies with Ascot's existing resources." 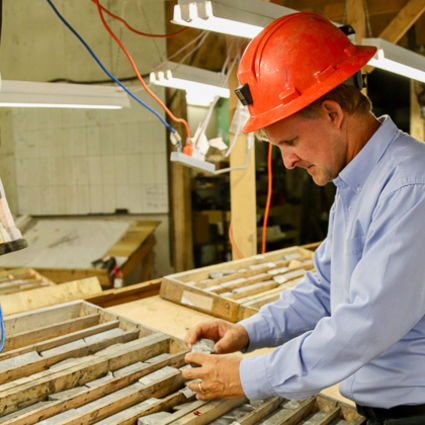