The invisible technology demand for indium

A critical zinc byproduct everybody touches, and nobody sees Critical Minerals Alliances - September 2021 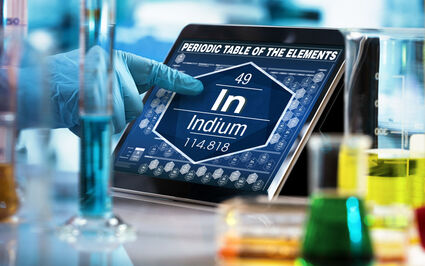 Flat panel displays and touchscreens account for 65% of the indium consumed globally.

The ability to type, tap, swipe, and scroll your way through articles such as this one from a smartphone, tablet, computer, and now even refrigerators is made possible by indium-tin oxide, which is used as a transparent conducting film applied to virtually every flat-panel display and touchscreen on the market.

This thin and invisible layer lying just under the glass senses incoming electrical data triggered by the touch of your fingertip and transforms it into an optical form, a property that makes touchscreens touchable.

Flat-panel displays and touchscreens account for 65% of the indium consumed globally. While each of these devices only needs a small amount of indium-tin oxide, the massive and growing number of phones, computer monitors, televisions, household appliances, and other devices with displays adds up to a lot of this metal.

And indium-tin oxide currently has no equal when it comes to the combination of characteristics – transparency, electrical conductivity, strong adherence to glass, corrosion resistance, and stability – required to search for the latest critical mineral news on your smartphone or order groceries from your fridge.

"Indium can be considered a critical material for display technology because there are few substitutes," the United States Geological Survey penned in its 2018 report on the 35 minerals and metals deemed critical to the U.S.

The other factor that elevates indium to critical material status is the U.S. depended on imports for 100% of the approximately 100 million metric tons needed during 2020. Roughly 34% of this supply came from China, 22% from Canada, and about 15% from Korea.

While flat-panel displays and touchscreens are by far the largest drivers of demand, indium is also used as a reflective yet transparent energy-saving coating, especially on architectural glass that clad high-rise buildings; low melting point alloys and solders often used in electronics; and in semiconductor materials for light emitting and laser diodes

The biggest new market driver for indium, however, may be the thin-film photovoltaic solar cells that are emerging as a popular choice for generating low-carbon residential and commercial electricity.

The most popular of these is copper-indium-gallium-selenide (CIGS) solar cells that can absorb much more sunlight than traditional cells, which means that a much thinner film is needed. These thinner cells can be applied on flexible materials and are less expensive to produce.

Despite these advantages, CIGS solar panels are less efficient at converting electricity than their more rigid silicon-based counterparts. As such, CIGS only make up about 2% of the solar panel market. This is expected to climb as researchers continue to improve the efficiency of solar cells with copper-indium-gallium-selenide semiconductor material.

CIGS cells have reached 22.9% efficiency in labs, and several technological advancements are underway to further increase their efficiency. A research team in Germany has identified areas where CIGS can be optimized and believe they can boost the efficiency rate to above 33%.

Indium is also used in powerful lasers and receivers used in 4G and 5G fiber-optic networks that have data transmission speeds of greater than 10 terabits (10 million bits) per second and transmission distances of more than 3,100 miles (5,000 kilometers). 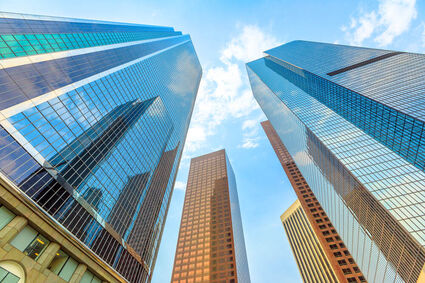 With a natural ability to adhere to glass and silvery appearance, indium is used in energy-saving coatings on architectural glass commonly seen on high-rise buildings.

So far, however, solar cells or 5G networks have yet to move the dial on indium demand or price. In mid-2021, a kilogram of indium was selling for around US$340, which is only about 11% higher than the US$300/kg price for the tech metal in 2016.

Most of the roughly 900 metric tons of annual indium produced globally during 2020 were recovered as a byproduct of refining zinc concentrates, including at Teck Resources Ltd.'s Trail refinery in British Columbia.

Teck Resources CEO Don Lindsay has previously noted that Trail could easily deliver 75 metric tons of indium annually, which to approximately 75% of all the indium used in the U.S. last year.